Search Over 40,913 Mazda Car Records in Our Database 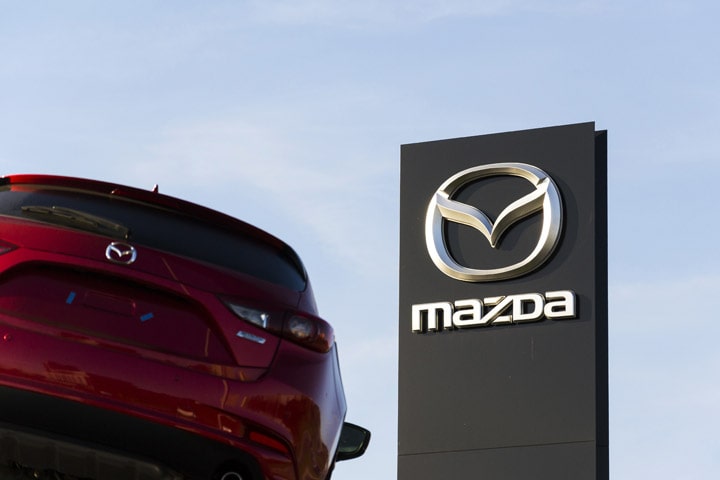 Started as the Toyo Cork Kogyo Co. in Hiroshima, Japan, in 1920, this company produced its first vehicle, a motorized rickshaw, in 1931. While Mazda was not the corporate name until the 1980s, its automobiles all bore that name. One of the first was a tiny, 838-lb four-seater sedan called the R360 in 1960. It was followed by the popular Carol model in 1962, which was eventually leased for production by Mitsubishi and other manufacturers. Both were key cars or the smallest highway-legal production vehicles. The company later collaborated with a German company, NSU, to produce Wankel engines, which substitute a rotary design for conventional pistons in internal combustion engines. Its two-seater sports coupe, the Cosmo Sport, debuted in 1967, and by 1970, Mazda entered the American market.

The Wenkel engine design suffered a severe setback and near bankruptcy in the mid-1970s oil crisis as rotary engines consumed more fuel than conventional engines, but the company recouped its place and continued making popular rotary engine cars, including the popular, sporty, rear-wheel-drive RX-7 that was made from 1978-2002. In the midst of this successful period, the company finally changed its name to Mazda in 1984. Ford Motor Co. owned nearly a quarter of Mazda from 1974-2008 when it began divesting its shares. The partnership with Ford produced several cooperative projects, including the Escort and Probe sedans and Ranger and Explorer pickup trucks sold in the U.S.

Number of Mazda Sales in the United States 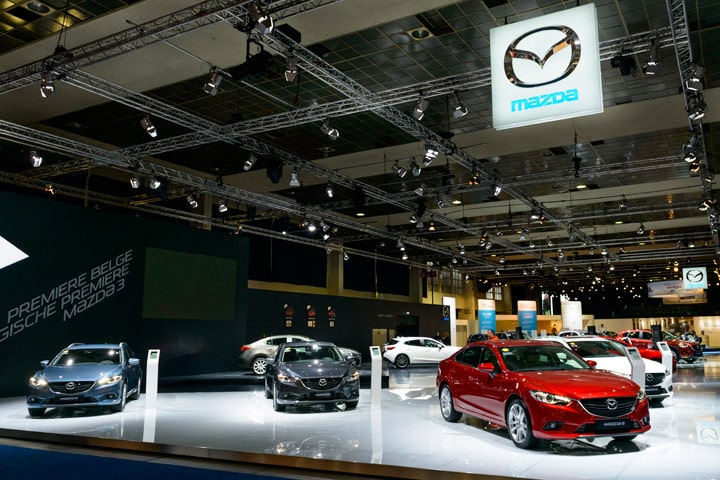 Henry D.G. Wallace, the president of Mazda installed in 1996 when Ford held the majority of shares in the company, was the first non-Japanese president of a Japanese automaker.

In 1931 one of the early vehicles produced under the Mazda name was a three-wheeled truck called Mazda-Go. It was so successful in the Japanese market that it was produced for 14 years until the onset of World War II when the company switched its manufacturing to guns.

A Mazda was the first and only Japanese vehicle to win the coveted 24 Hours of Le Mans race in 1991 – and with a rotary engine. It was a won by a performance vehicle, the Mazda 787B.

Mazda’s SkyActiv technology is a collection of technologies that allow a vehicle to be run with high efficiency. Several changes were made to vehicles that have this feature, including improved suspension, redesigned exhaust manifold, direct fuel injection, and an increased compression ratio for higher fuel efficiency. The innovation won the Japan Society for Mechanical Engineers award.

With 1.6 million vehicles produced per year, Mazda ranks about 17th worldwide in auto production. It is fifth among Japanese automakers, behind Suzuki, Nissan, Honda, and Toyota (first in the world). Mazda produces about 400,000 more vehicles per year than Mitsubishi.

In the 1970s, Mazda sold mostly pickup trucks in the United States, and many wore Ford names. Its own Rotary Pickup had a Wenkel engine and sold about 15,000 units from 1974-1977. The Ford Courier was also made by Mazda and introduced in the U.S. in 1972. Both were produced through 1985. Many of the Mazda pickups were called “B series” for their model numbers that started with “B.”

How to Identify and Decode Mazda VINs

The first three digits of a U.S. VIN number are called the World Manufacturer Identifier (WMI). The WMI provides details about the country of origin and the manufacturing company that sold the vehicle. The WMI is assigned by the Society of Automotive Engineers (SAE) and is regulated by the National Highway Traffic Safety Administration (NHTSA).

Mazda owners can visit the NHTSA VIN number Recall Lookup to identify if the vehicle they own is part of a safety recall.

The digits in positions four through eight identify specifics of the vehicle, including the trim and model, engine, and safety equipment.

Mazda uses the following codes in the fourth position for U.S. vehicles to denote weight and safety equipment.

The VIN character in position eight for U.S. Mazda vehicles denotes the engine installed by the factory. The following codes are used.

The character in position nine is the check digit. This will be a value between 0 and 9, or the letter X. This represents the result of an algorithm that can be used to verify the authenticity of a VIN number.

Position 10 is used by Mazda to denote the year of vehicle manufacture.

Position 11 identifies the specific Mazda factory that built the vehicle. The codes used for Mazda factories are as follows.

Mazda uses position 12 through 17 as the vehicle’s unique serial number. This number allows the manufacturing company to identify where in a line of production the specific vehicle was built. Serial numbers are not consecutive.

Safety and Recalls for Mazda Cars

A problem with the engine software has prompted a recall of the following models due to a possible stall while the engine is engaged:

A serious issue with stalling and potential engine fires prompted Mazda to issue an immediate recall on 2015-2016 Mazda3 sedans – and even to stop all sales as well as to promise free rental vehicles to owners affected. Over 14,000 vehicles were affected by this fuel shut off valve issue.

The engine may stall unexpectedly in 2014 Mazda3 and 2014-20115 Mazda6 vehicles, prompting a recall of the models so that software can be updated.

Nearly 100,000 2014-2015 Mazda6 vehicles have been recalled fixing an issue with the tire pressure monitoring system. Under certain circumstances, the system may not detect a drop, in tire pressure.

The immediate risk of overfilling the fuel tank on 2014 Mazda6 vehicles prompted a recall of 19,000 cars. Overflow from the fuel tank could leak into an area of the engine where it has the potential to ignite.

Popular All Time Models from Mazda

View All Mazda Cars by Year