Search Over 26,894 Volvo Car Records in Our Database 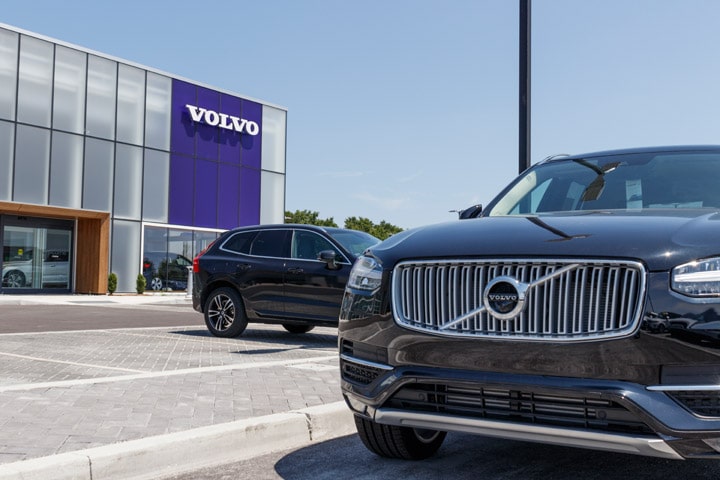 The name Volvo, Latin for “I roll,” was trademarked by Swedish SKF corporation, a ball bearing manufacturer, in 1911. The first vehicles produced under the name Volvo appeared in 1927, but the public took little note until the first Volvo truck was produced. Diversification through business acquisitions from the 1930s-1950s added aerospace, precision motor manufacturing, agricultural machinery, and marine engine manufacturing capabilities. In 1978 the automotive manufacturing component of Volvo became independent, and it soon sought partnerships with other automakers including Renault and two attempts to partner with Saab-Scania.

Number of Volvo Sales in the United States 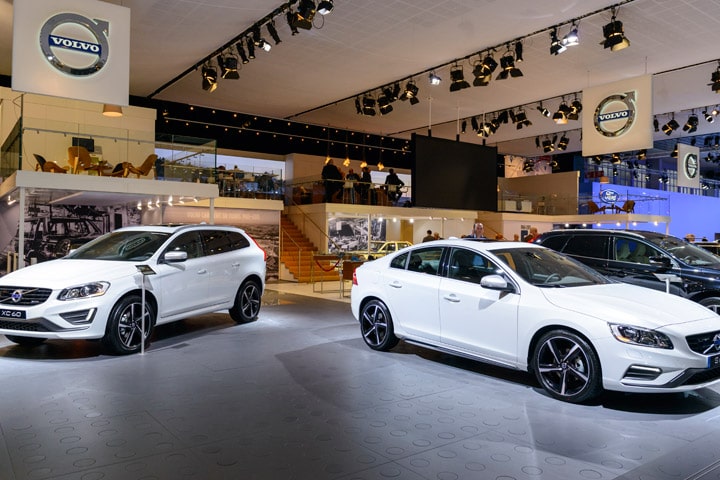 Volvo has been a pioneer in vehicle safety, introducing standard seat belts in 1957 and in the late 1960s model Volvo 144, additional features like a collapsible steering column, crumple zones that absorb crash energy, disc brakes, and enhanced safety belts.

Zeijing Geely Holding Group has owned Volvo Cars since 2010 when it purchased the entity from Ford. It also owns a majority stake of the London Electric Vehicle Company (taxis) and the performance brand Lotus. Known as Geely, it ranks about 15th worldwide in vehicle production with 1.9 million vehicles produced.

Electric vehicles are the future, Volvo believes, having produced a fleet of EV in 2010. Since then the company has developed a hybrid electric-diesel engine and has committed to making electric versions of every model they produce.

Passenger comfort is not overlooked by Volvo, which aided an Irish theater by providing seating made for its S80 luxury saloon for those watching staged dramas in Kilcullen.

Volvo’s crash standards are its calling card, with each test facility incident photographed thousands of times to understand equipment strength and failure under extreme circumstances. The company’s Gothenberg manufacturing facility uses an 800-ton piece of equipment developed for earthquake testing on its vehicles.

A Volvo P1800 purchased new in 1966 by American Irv Gordon is the longest-running production vehicle known, with an excess of 3,000,000 miles on it. Volvo owners are eligible to join elite clubs when their vehicles hit certain milestones of 150,000 miles and above.

Volvo owners are particularly enthusiastic about the brand’s safety features, sharing dramatic stories of crashes and survival on a website called VolvoSavedMyLife.com. Many feature images of mangled automobiles and exciting details of near-death experiences.

How to Identify and Decode Volvo VINs

The first three characters of a VIN are called the World Manufacturer Identifier (WMI). These three-digit codes are established by the National Highway Traffic Safety Administration (NHTSA). The WMI provides basic information, such as the manufacturer of the vehicle and its country of origin.

Volvo uses the fourth digit to represent the code for the vehicle. The models identified by Volvo are included below.

Volvo has used the character in the fifth position to denote body style, safety equipment, and model platform code at various times since 1981. The vehicle platform codes have been in use since 2010. Volvo uses the following codes:

Position six and seven are used to identify the engine. The codes used by Volvo are below.

Position eight indicates the factory-equipped emissions features the vehicle was originally equipped with.

Position ten indicates the model year the vehicle was made.

The digit in the eleventh position indicates the factory that made the vehicle. Volvo factories use the following codes:

Positions 12 through 17 are the serial number. A serial number is a little like a fingerprint. It identifies the vehicle specifically using manufacturer specific codes. It is important to recognize that serial numbers are not consecutive. A serial number does not indicate the order in which a vehicle was produced.

Safety and Recalls for Volvo Cars

A recall was issued for 2017 Volvo XC90, S90, and V90 Cross Country vehicles due to the potential for a bolt to fail that might cause the inflatable curtain airbags to mis-deploy.

Issues with the driver and passenger airbag inflators have prompted a recall for the following 2017 models:

A recall was issued to repair an air conditioning hose that may drain into the passenger compartment and affect airbag deployment in 2016-2017 Volvo XC90 and S90 vehicles manufactured April 15, 2015, through September 19, 2016.

Popular All Time Models from Volvo

View All Volvo Cars by Year