Search Over 62,622 Volkswagen Car Records in Our Database 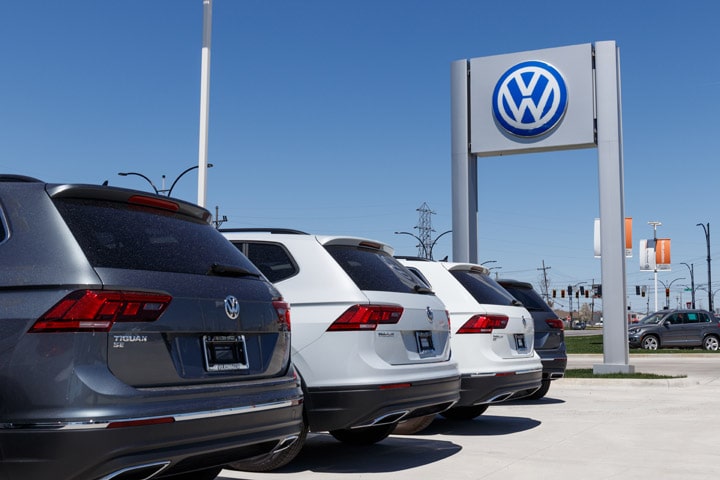 Volkswagen is the world’s leading carmaker, with 40 percent of its sales made in China. The company was started by German Nazis in 1937 in the city of Wolfsburg. Adolph Hitler was involved, promising to produce 5-passenger vehicles for families at about the same price as a motorcycle, the financing plan underwritten by the Nazi party (then the German Labor Front). Few of the vehicles were completed before World War II broke out when production switched to wartime machinery, munitions, and military trucks and submersible vehicles. Slave labor from nearby concentration camps was used to produce wartime products.

After the war when other industrial plants were being demolished, a British officer in charge of the Wolfsburg region suggested to his superiors that Volkswagens should be made to ease the postwar transportation crunch, which saved the plant. In 1948, with Germany still under post-war restrictions on industry, Henry Ford II was offered the manufacturing plant but it declined. In 2016 Volkswagen became the second-largest auto manufacturer in the world, with plants in many countries and ownership of other brands including Audi, SEAT, Porsche, Lamborghini, Bentley, MAN, Scania, Bugatti, and Skoda.

Number of Volkswagen Sales in the United States 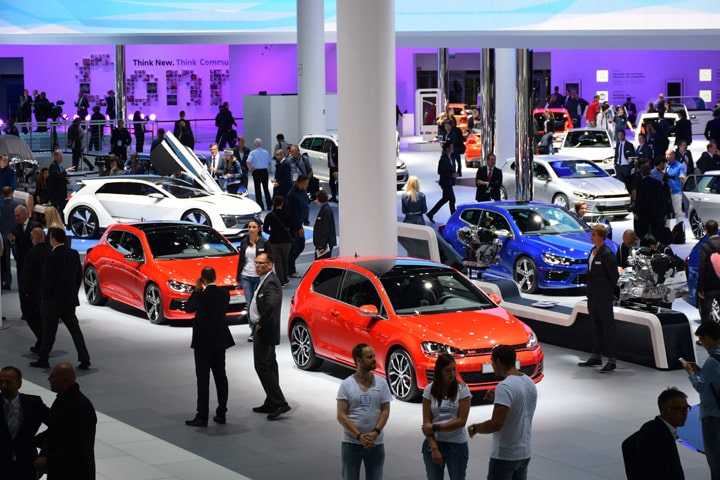 The unusually round-shaped Beetle sedan was the best-selling vehicle in the world, with 21.5 million sold during the height of its manufacture from 1938-2003 and it was updated and brought back in a newer model from 1998-2018 when it was finally retired.

The company endured a deep scandal in 2015 when it was revealed that software embedded in its TDI model cars was specifically designed to cheat clean air standards testing. The company announced a recall program to refit the affected vehicles with proper emissions equipment at the cost of more than $18 billion. An American court assessed the company another $2.8 billion in fines, and the CEO, Martin Winterkorn, was charged criminally. The issue affected about 500,000 diesel-powered vehicles in the U.S.

In 1998 the company voluntarily set up a $12 million Private Relief Fund in response, partially, to a class-action lawsuit filed by Nazi victims, specifically those forced to work in its factories during the war. About 20,000 individuals were slave laborers for VW under Nazi ownership. The company claimed its fund was created out of moral obligation and not legal compulsion.

The people who heeded Hitler’s call to save money for the first “people’s car” in 1938 never received them. The savings plan required setting aside 5 Reichsmarks a week until they could afford the first 990-Mark vehicle, a KdF-Wagen. After the war in 1945, those who never received their vehicles took the company to court. A settlement was finally reached in 1961.

In June 1937 several executives of Volkswagenwerks visited Detroit to study mass production of motor vehicles and ended up hiring away from Ford several German-American workers.

The company plans to bet big on electric vehicles from 2020 onward, with everything from the re-release of its iconic Microbus to a hands-free, driverless sport sedan. It claims these vehicles will get 400 miles per charge and will be able to charge faster than their counterparts, getting fully fueled in just 30 minutes.

The 1969 movie, Herbie the Love Bug, featured a buff-colored 1962 Beetle with race number 53 painted on its hood and doors. The anthropomorphic vehicle worked its way into the hearts of a generation, ensuring another decade of Beetles rolling off the production line.

How to Identify and Decode Volkswagen VINs

The first three digits of any VIN for Volkswagen vehicles built after 1981 will begin with the World Manufacturer Identifier (WMI). The WMI is a standardized alpha-numeric sequence that identifies the company by registered name and location. The Society of Automotive Engineers (SAE) and the National Highway Transportation Safety Administration (NHTSA).

Any Volkswagen vehicle can be checked for safety recalls by visiting the NHTSA website and submitting the vehicles 17-digit VIN.

Position one identifies the country of the manufacturer. Volkswagen uses the following codes:

The character in the second position identifies the specific manufacturing division.

The character in the third position identifies the body type.

The most common WMI codes seen on Volkswagen vehicles are as follows:

Changes from one year to the next drastically impact the data for these categories. For example, the Model Series identified by A could mean any number of at least four different models, ranging from a Cabriolet to a Passat to a Phaeton. Each of these positions is model-year dependent, and graphical representation is not possible.

Position Seven and Eight are used by Volkswagen to identify particular vehicle types. The codes VW most commonly uses are as follows:

For all U.S. vehicles, the digit in Position Nine is referred to as a check digit. This number allows for verification of the validity of a VIN. Through an algorithm that converts letters to numbers and then applies mathematical calculations, a fractional or decimal equivalent is generated. This number corresponds to one of several digits used in the check position.

Position 10 is used to identify the model year. Codes for model years are standardized.

Position 11 identifies the factory at which the specific Volkswagen was assembled. In most cases, this information will mirror the information in the WMI section. However, WMI information may be different. In some cases, a majority of components will be built and assembled in one factory. However, the final assembly will be in a different factory.

Digits 12 through 17 are the individual vehicle’s serial number. Like a fingerprint, each serial number is unique. These numbers can be used to determine where in the line of production a vehicle was produced. It should be noted that serial numbers are not consecutive. A smaller number does not necessarily indicate an early production vehicle.

Safety and Recalls for Volkswagen Cars

Brake calipers on a number of models have been recalled due to faulty application of a coating on the piston, potentially resulting in lack of braking ability. The models and years affected include:

Airbags have been a major issue for several vehicle manufacturers. VW airbag recalls for the driver’s side only include the following:

The fuel pump control module was recalled for the 2006-2010 Passat and Passat wagon and 2009-2016 CC models. If unrepaired the fuel pump could run continuously, draining the battery and making the vehicle difficult to control if underway or impossible to start if stopped.

Brake caliper carrier bolts have been recalled on 2018 MY Atlas and 2017-2018 MY Passat. Left unchecked, the part could loosen and result in longer-than-anticipated stopping distances or loss of control of the vehicle.

The 2018 Atlas has more than one recall: fuel pumps on some have been recalled due to potential leaks, the passenger-side front airbag (for deployment issues), and those models with second-row bench seats require replacement of belt buckles.

Recalls on the 2018 Tiguan include (selected models):

Popular All Time Models from Volkswagen

View All Volkswagen Cars by Year