Search Over 225,579 Toyota Car Records in Our Database 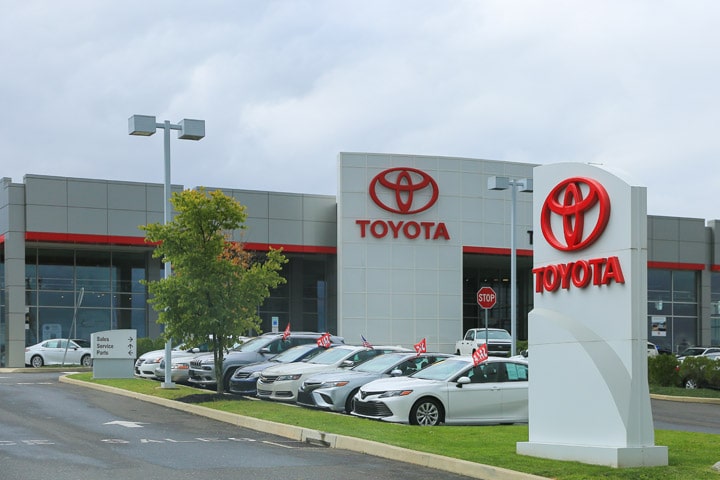 Toyota Motor Corporation is ranked the most valuable auto manufacturer in the world at $211 billion, almost three times the value of Honda, the next largest, which is worth $80 billion. The company was founded in the 1930s as a division of the Toyoda Automatic Loom Works. Toyota is the most prosperous Japanese company in history and is the world’s largest automobile manufacturer, producing nearly 10.5 million vehicles per year.

The world leader in hybrid-electric technology Toyota’s Prius was introduced worldwide in 2000 and has sold more than 4 million units in the U.S. Toyota vehicles are sold under five names, including Toyota, Lexus, Hino, Ranz, and Diahatsu and the company also owns portions of Mazda, Subaru, and Isuzu. About 18 countries have Toyota production facilities; there are at least six in the U.S., each focused on specific vehicles or components.

Number of Toyota Sales in the United States 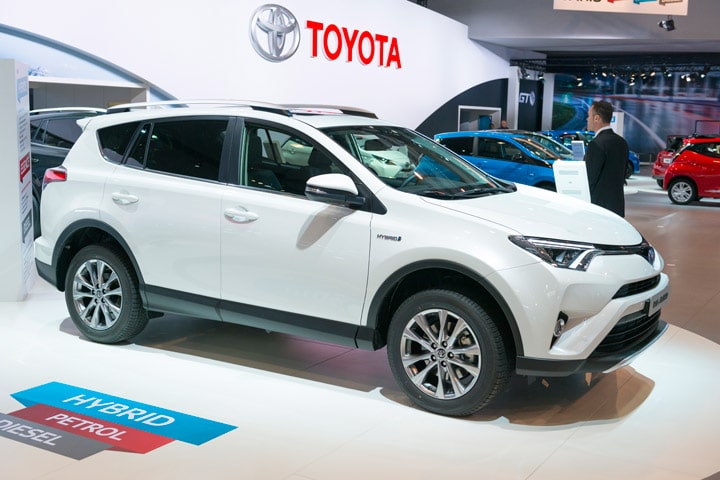 The name Toyota was selected because it can be written in Japanese with eight strokes, which is considered lucky.

No one knows where the first U.S. dealership was located. The oldest known dealership was established in Pennsylvania in 1959, but at least seven dealerships sold Toyota vehicles in California beginning in 1957.

The Corolla is the best selling car of all time, with more than 37.5 million vehicles sold worldwide. The early 1980’s Toyota Corolla was rear-wheel drive and is one of the most popular cars for modifying to use as a Rally Car.

The Prius was the first mass-produced hybrid and was launched in Japan in 1997. It was introduced worldwide in 2000.

The Toyota plant was nearly destroyed by Allied bombing during World War II and was forced to stop production for several years to rebuild.

The Prius is considered a status symbol in many wealthy neighborhoods because it indicates a willingness to forego the usual status symbols in favor of an environmentally-friendly vehicle. A survey of the most affluent suburbs in the country showed that many favor Prius vehicles, particularly in California where gas taxes are high.

How to Identify and Decode Toyota VINs

Toyota has used a variety of VIN number formats over the years. Prior to 1998, vehicle VIN numbers were not standardized for the world market, but U.S.-destined cars used a standardized VIN beginning in 1992. That format is in use today.

VIN numbers are good for several things to the used car buyer. First and foremost, an altered VIN number indicates a likelihood the car is stolen. VIN numbers tell what year, make, and engine a vehicle was originally equipped with by the factory. VIN numbers can also detail the country, region, and plant the vehicle was made in.

The VIN number is useful for verifying that a vehicle is equipped as it should be, and is essential in finding out about safety recalls. Recalls are issued based on a range of VIN number-equipped vehicles.

A VIN number also contains a number, known as a check digit. The check digit functions as an identifier. An astute car buyer can use an algorithm to determine if the VIN number is valid by using the numbers and letters contained in the VIN.

Owners will typically find VIN numbers in a variety of locations. The most readily identifiable location all modern vehicles include is the driver’s side of the front windshield. It is common for vehicle manufacturers to place a VIN number on the driver’s door jamb as well. Often, VIN numbers will be stamped on various structural and body components. These locations are useful for ensuring a vehicle has all its original parts. This is called a numbers-matching car.

Toyota VIN numbers begin with three letters and numbers. These are called the World Manufacturer Identifier (WMI). The WMI is created by the Society of Automotive Engineers (SAE) and is enforced by the National Highway Traffic Safety Association (NHTSA).

Every vehicle sold in the U.S. will have a WMI. The WMI will begin with the Country of Manufacture. Toyota codes for the Country Identifier are:

Position Two is the Manufacturer. Toyota uses at least five different codes for this position.

All modern Toyota VIN numbers will have a code in the third position that indicates the type of vehicle. Toyota uses the following codes:

The Fourth position indicates the body style of the vehicle for modern Toyota vehicles.

Position Six is optional and only applies to Toyota Trucks built on the Toyota Land Cruiser chassis. Note that the use of the letter O and the number 0 are no longer allowed on U.S. vehicles.

Toyota VIN numbers include information about the original safety equipment installed by the factory. The following codes denote safety features in Position Seven:

Position Eight is the model of Toyota.

Position Nine is the check number. This number represents the result of an algorithm using alpha-numeric transliteration. This check number is used to ensure a VIN number is a valid VIN.

Note: O, Q, and V are not used in VIN numbers due to the ease of confusing one with another. Formerly, car thieves could modify a VIN and obscure the vehicle from being identified as stolen.

Position 11 is the code for the plant that made the vehicle. Toyota VIN numbers include the following plant codes:

The remainder of the VIN number is the serial number. Serial numbers are largely random and do not indicate early- or late-production vehicles.

Safety and Recalls for Toyota Cars

The 2011 Toyota Camry has the most complaints lodged against it. The largest number of complaints involved vehicle speed sensor problems and braking issues. In all, 11 recalls were issued by NHTSA for this vehicle. Speed sensors and floor mats were primary offenders, while airbag recalls for Takata-brand airbags and improperly installed airbags were issued.

Takata airbags have been linked to injuries and deaths due to exploding airbag inflators. Toyota has recalled 2004-2005 Toyota RAV4 vehicles manufactured May 13, 2003, to October 25, 2005, to replace potentially dangerous airbag inflators that may malfunction if exposed to moisture.

Accessory exhaust tips installed on specific 2010-2015 Toyota 4Runner vehicles manufactured March 29, 2010, to July 30, 2015, have been recalled to prevent burns from coming in contact with the exhaust pipes.

The seat belt tensioner wire harness part has been recalled because it may break and deactivate the passenger airbag in 2008-2019 Toyota Land Cruiser and 2008-2019 Lexus LX 570.

Floor mats may interfere with the accelerator pedal in certain models, posing a danger to the vehicle occupants. Therefore a recall has been issued to correct the problem in the following models:

Popular All Time Models from Toyota

View All Toyota Cars by Year