Search Over 3,044 Tesla Car Records in Our Database 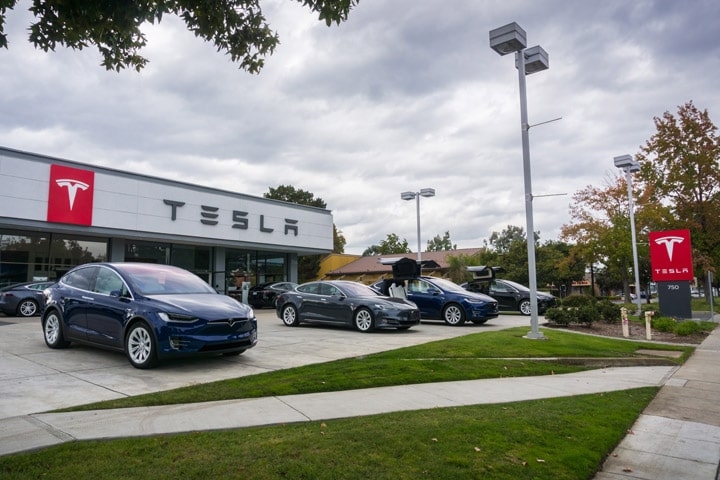 Martin Eberhard and Marc Tarpenning were the founders of Tesla Motors in 2003 in Palo Alto, California. Soon Elon Musk, the outspoken billionaire founder of PayPal, joined the team as an investor and chairman. Tesla was founded with the objective of making electric vehicles, which the founders credited to the late 1990s General Motors foray into leasing electric vehicles in selected urban areas. GM ultimately decided to recall every vehicle and destroyed them in 2003, declaring an end to the experiment.

Tesla founders decided to fund model development through sales of premium models made in small quantities, starting with a $109,000 Roadster, then expanding into luxury sedans and SUVs before attempting a vehicle for the broadest part of the market. One of the company’s unusual approach is vertical integration, meaning that they produce 80 percent of the parts that go into each vehicle. The company plans for its vehicles to be fully autonomous in the near future.

Number of Tesla Sales in the United States 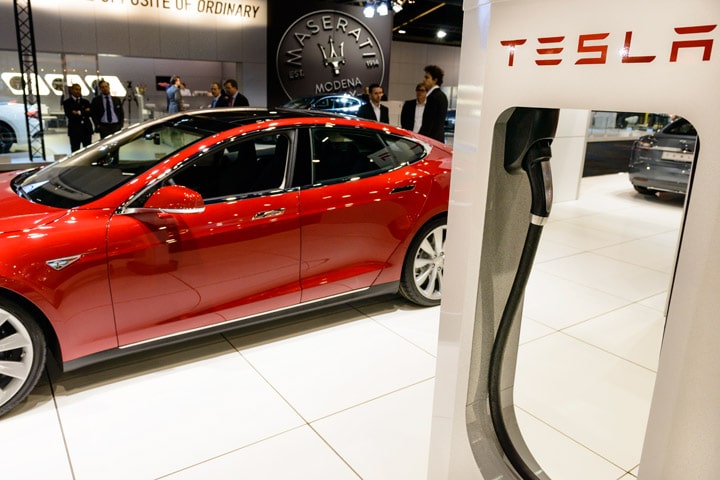 The company is valued at about $40 billion, making it the seventh-most valuable automaker in the world, even after a significant drop in market value and $50,000 added to the price tag of models sold in China due to new tariffs.

Tesla is the second-largest electric automaker in the world after BYD, a Chinese company. It claims about 12 percent of the plug-in car market worldwide.

Rather than opening traditional dealerships, Tesla’s approach to vehicle sales has focused on showrooms in retail locations, including at one time more than 200 in major shopping malls and one within a Nordstrom store in Los Angeles. Prospective buyers learn about the vehicles at the showrooms but make purchases online.

Tesla’s autopilot feature has been a double-edged sword for the company. The technology has been blamed for several accidents because it didn’t “read” a situation accurately, such as a truck turning across a roadway. On the other hand, an adult actress posted a video online of herself engaged in sexual acts in the front seat of a Tesla while it drove down a highway on autopilot, and a couple was filmed asleep in the front seat of their Tesla while it cruised on a crowded highway toward Boston.

Along with automobiles, Tesla produces battery cells and innovative solar panels. After Hurricane Maria decimated Puerto Rico, the company provided power to a children’s hospital there. Their solar panels have also allowed the Hawaiian island of Kauai to become almost fully solar-powered.

When necessary, Tesla vehicles can be“updated” remotely by the company to fix bugs or add special features. This was convenient when the company added range to those vehicles evacuating from Florida before a hurricane. A new feature was recently unveiled that allows the vehicles to be summoned by an owner using a mobile app and driven remotely, without a human inside, at low speeds.

CEO Elon Musk has been described as unreliable and playful; apparently, the naming of Tesla’s models is the latter. Musk has said he wanted the model names to spell “SEX,” but because Ford owns rights to “E” as a model name, Tesla had to settle for models S, 3, X, and Y, spelling “SEXY.”

How to Identify and Decode Tesla VINs

The first three characters of a U.S. VIN are the World Manufacturer Identifier (WMI). These three digits represent the unique company and region where the vehicle was built. The WMI is assigned by the Society of Automotive Engineers (SAE) and is regulated by the National Highway Safety Administration (NHTSA).

The NHTSA informs consumers of safety recalls using the VIN. Drivers may check for safety recalls free of charge by visiting the NHTSA VIN recall lookup.

Tesla is identified by the WMI of 5YJ for all U.S. vehicles. The first character refers to U.S.-production. The letter Y is the code assigned to Tesla by SAE. The letter J represents that the vehicle was built in the U.S. factory owned by Tesla. Tesla vehicles intended for other markets will use different codes in the first three positions.

Positions four through eight identify specific features of the individual vehicle. These codes will represent model and trim levels, battery and motor information, and other specific details.

Tesla uses the character in the fourth position to identify the model.

The character in the fifth spot denotes the body type and Gross Vehicle Weight Rating (GVWR). The following codes are used by Tesla:

For most Tesla vehicles, the sixth position indicates the safety systems installed by Tesla. The Roadster, the first vehicle built by the company, uses the number 1 in this position. This is a filler number and denotes the United States, indicating the vehicle meets the legal requirements for U.S. sales.

The seventh digit represents either the charging system type or the method of power, with the exception of the Roadster, as noted below.

The eighth digit is used to identify the battery and motor installed in the vehicle.

Position nine is the check digit. This is a number between 0-9, or the letter X. This digit represents the result of an algorithm that applies the letters and numbers of the VIN mathematically. This digit can be used to verify the validity of a VIN.

Position 10 is used to identify the model year.

Position 11 denotes the specific factory at which the Tesla vehicle was produced.

Position 12 is used by Tesla to indicate the specific phase of development the vehicle falls within. The following codes are used.

Characters 13 through 17 are the vehicle serial number. This number is used to identify the specific vehicle, much like a fingerprint.

Safety and Recalls for Tesla Cars

A recall affects the 2016 Model S and Model X vehicles as parking brake calipers may malfunction due to a manufacturing issue. The part may break during use, preventing the vehicle from being driven or from being secure when parked.

Airbag inflators in all 2012 and 2013 Model S vehicles have been recalled due to the potential for malfunction. When exposed to humidity, the passenger-side airbag inflators are prone to deterioration.

A second-row seatback latch is an issue for recall in 2016-2017 Model X vehicles. These mechanisms should be replaced to ensure that the latch works properly. If unrepaired, the latch may not secure the seat.

Power steering may malfunction in 2012-2016 Tesla Model S vehicles equipped with Bosch steering racks. The bolts that hold certain parts of the power steering assembly together may break and result in a loss of power steering.

Seat belt assembly affecting 2012-2015 Model S vehicles manufactured May 31, 2012, to November 12, 2015, have been recalled. Proper attachment of the seat belt to the tensioner is necessary for the belt to fully restrain passengers in the event of a crash.

Popular All Time Models from Tesla

View All Tesla Cars by Year