Search Over 46,194 Porsche Car Records in Our Database 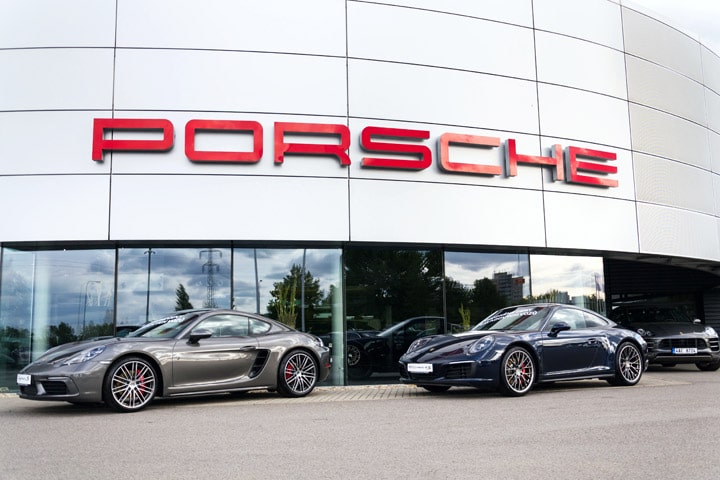 The luxury sportscar brand Porsche is a division of Volkswagen, which in turn is majority-owned by Porsche Automobil Holding SE. It is based in Stuttgart, Germany. The company was founded by Ferdinand Porsche in 1931, and one of its first projects was to design a vehicle accessible and useful for “the people” which was the Volkswagen Beetle. It was the prototype for the wartime kubelwagen and schwimmwagen as Porsche designed many types of mechanized vehicles for the German military during World War II, often using slave labor from Nazi concentration camps.

The founder’s son and daughter developed the first production Porsche vehicle, known as the 356, in 1947-48. Much of the 356 was based on the Beetle, including air-cooled, rear-mounted engines. The company’s iconic 911 model debuted in 1964. Porsche and Volkswagen maintained a close relationship, sharing design and components. In 2011 the two companies merged. The Volkswagen AG company, which also owns Audi, Lamborghini, Bugatti, and Bentley, is valued at about $80 billion and is the second-largest car company in the world after Toyota.

Number of Porsche Sales in the United States 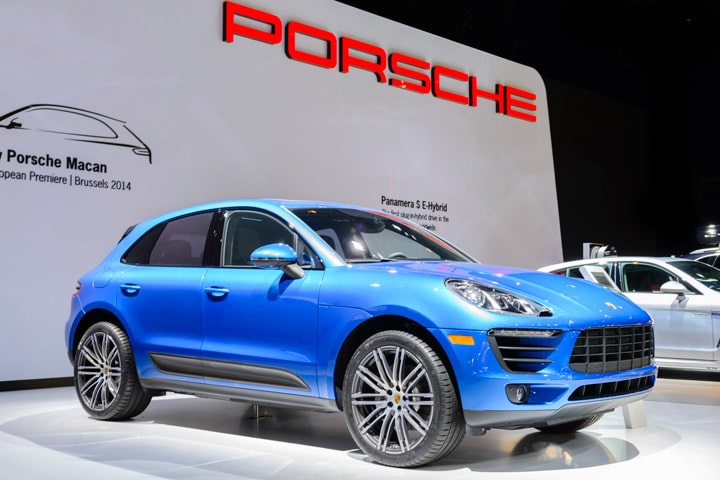 The company’s North American manufacturing facility and headquarters is moving, at the cost of $80-$100 million, to a former Ford factory near Atlanta’s international airport.

The Porsche 911 continues to represent 16 percent of the company’s sales, but the luxury SUVs Cayenne, introduced in 2002, and the Macan, introduced in 2014, have been wildly popular, representing 28 percent and 35 percent, respectively, of overall sales.

The 911 has only been manufactured in Stuttgart, Germany, but it was originally called the 901. Peugeot claimed it had exclusive rights to three-digit vehicle model names with a zero in the middle, so the Porsche 901, of which about 80 were made, was rebranded the 911.

Ferdinand Porsche made the world’s first hybrid electric vehicle in 1899, the Lohner-Porsche “Semper Vivus,” which used an internal combustion engine as a generator for its electric batteries.

Porsche has also manufactured farm tractors. One, made especially for coffee farmers, is gasoline-powered because they feared that a diesel-powered tractor would affect the taste of the coffee beans.

The Porsche 944 built-in 1986 was the first vehicle with standard passenger-side airbags.

How to Identify and Decode Porsche VINs

The first three digits of a modern VIN are known as the World Manufacturer Identifier. These three digits represent the country of origin and manufacturer and often indicate the type of vehicle. Porsche has used a standardized VIN numbering system for all U.S. vehicles since the early 1980s.

The second digit is the manufacturing company. For Porsche vehicles, this will always be P for Porsche.

The third digit indicates the type of vehicle. Porsche uses the number 0 for passenger cars and 1 for SUVs.

The fourth digit is used to identify the model for U.S. cars.

The fifth digit indicates the engine.

Porsche differs from most manufacturers in the way it uses the next series of numbers. Porsche vehicles are identified by model numbers. Position seven is the first of the three-digit model identifiers. Position eight is the second digit. Position 12 is the final digit.

The seventh digit will be either a 9 for vehicles up to MY 2009 or the letter A for newer vehicles.

Position eight and 12 will be the remainder of the model identifier. Porsche uses these codes to denote model numbers.

Position nine is used as a check digit. This number relates to the solution of a mathematical algorithm using the numbers and letters of the VIN to verify its authenticity.

Position 10 is used to identify the model year.

Position 11 denotes the factory at which completion of the vehicle was done. The codes Porsche uses to denote its factories are as follows:

The digits in positions 12 through 17 represent the serial number. Serial numbers are not sequential. A smaller serial number does not always indicate an earlier production vehicle.

Safety and Recalls for Porsche Cars

Defective airbag control modules have been recalled in the following models:

Fuel gauge issues affecting 2013 and 2014 models of the following prompted a recall to rectify the issue so that owners don’t unknowingly run out of gas:

Front seat and knee-level airbags are involved in a recall of the following 2014 models:

The 2014-2015 911 Porsche Boxster and Cayman models have a recall affecting the hood latch, but no immediate safety issues were raised. The manufacturer is unaware of any incidents when the hood of a model affected opened on its own.

Rear-wheel hubs have been found to fail on Porsche 911 GT3 models, prompting a recall of 450 vehicles made in 2010.

The Porsche 911 Carrera and Carrera 4 models made in 2011 were recalled due to an issue with the exhaust that may cause the tailpipe to fall off. This issue affected 2,263 vehicles.

Popular All Time Models from Porsche

View All Porsche Cars by Year