Search Over 137,958 Mercedes-Benz Car Records in Our Database 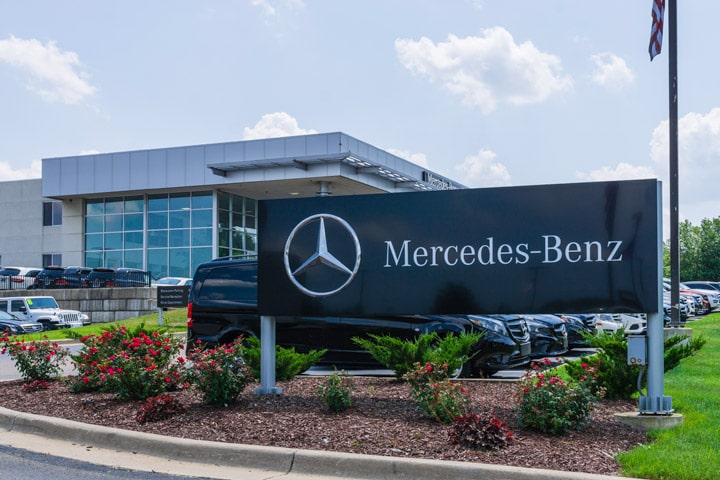 Mercedes-Benz traces its history to the very first gas-powered automobile produced in 1886, but the Mercedes name wasn’t used until 1901 when it was trademarked by the Daimler-Motoren-Gesellschaft manufacturer. Karl Benz and Gottlieb Daimler’s companies merged in 1926, creat-ing the Mercedes-Benz name.

Their vehicles, particularly the model 770, were favorites of Adolph Hitler and the company was a large part of the German war machine during World War II, producing airplane engines, trucks, tanks, and even some rockets using forced labor from concentration camps. Today, Mercedes-Benz, owned by Daimler AG, is the world leader of luxury car sales, selling 2.31 million vehicles worldwide by 2018. It has manufacturing facilities in at least 20 countries but some, such as plants in Russia, produces only trucks or vans.

Number of Mercedes-Benz Sales in the United States 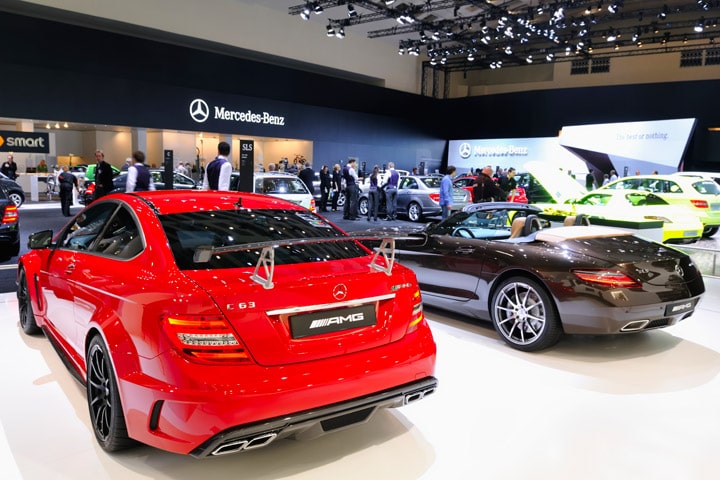 Wilhelm Daimler, a founder of the company, created the “honeycomb” radiator still used on every internal combustion engine today.

Traction control was first available on 1958 Mercedes-Benz cars. Anti-lock brakes became standard on all Mercedes-Benz vehicles in 1979. The company also developed stability control that is commonly found in vehicles today.

The company’s stock plunged in 2018-2019 by 50 percent of its value, part of a four-year decline. Yet Daimler AG remains the fourth most valuable auto manufacturer in the world with a $49 billion valuation, after Toyota, Volkswagen, and General Motors.

In 1998 Daimler merged with Chrysler in a $36 billion deal that was supposed to bring luxury to Chrysler vehicles and to enlarge Daimler’s American footprint and opportunities. The deal was dissolved in 2007 for just $7.4 billion. Critics blamed cultural differences, but insiders say Daimler didn’t want to share its cache with Chrysler and misread the market, producing large SUVs and trucks at a time when small Asian vehicles were in demand due to high fuel prices.

Heavy truck brands Freightliner and Western Star, as well as Thomas buses, are all divisions of Daimler AG.

In 1994 the company took part in a pilot project of semi-autonomous vehicles, successfully navigating two, called Vamp and Vita, through busy Paris highways at speeds up to 81 mph. In 2013 a fully autonomous Mercedes sedan successfully made a 100km trip through Germany on a route that holds historical significance for the company.

Daimler AG has admitted to using as many as 46,000 slaves from Nazi concentration camps during World War Two in order to supply trucks and aircraft engines to the Nazi government. The company delayed any acknowledgment of the matter or payment of reparations until 1988 when it announced a $12 million fund for victims.

Each model is defined by “class” or its trim, meaning components and style:

How to Identify and Decode Mercedes-Benz VINs

It should be noted that at least four distinct standards for VIN numbers exist world-wide. The U.S. system is regulated by National Highway Traffic Safety Administration (NHTSA) and is codified in law through the Federal Motor Vehicle Safety Standards (FMVSS), Title 49.

Today, every vehicle made in the world carries a unique 17-digit alpha-numeric character that expresses basic facts about the automobile. VIN numbers can reveal country of manufacture, original engine, transmission, and rear axle ratio, paint and interior options, and even the date the vehicle was built. VIN numbers before 1981 vary widely from make to make, and even between models made by the same company.

VIN numbers will appear on vehicle registration and are commonly found on the driver’s door jamb or the bottom of the driver’s side of the windshield. Vehicles that do not reach 500 production cars are not required to use a standardized VIN number.

VIN numbers for U.S. vehicles are registered with the National Highway Traffic Safety Administration (NHTSA). NHTSA is the official VIN checking governmental organization. Every vehicle sold in the United States since 1981 has been required to submit a unique VIN number that is recorded by NHTSA in accordance with regulation Title 49 of the U.S. Federal Motor Vehicle Safety Standard.

Vehicles built prior to 1981 may not be accurately recorded, as the VIN system was not standardized.

Vehicles built before 1954 may not have VIN numbers.

Vehicles built and sold in markets outside the U.S. most likely will not be recorded by NHTSA unless the vehicle was legally imported to the U.S. This is commonly found with collectible cars that were never legally imported to the United States but have entered the country through “grey market” channels. Grey market sales are those that are legal, but for the avoidance of taxation, registration, or other government interference.

Mercedes-Benz follows the standardized system today for vehicles intended for sale in the United States.

The first three numbers or letters indicate the country of manufacture. This is known as the World Manufacturer Identifier (WMI). There are more than 33,000 WMI numbers currently issued by SAE. The complete list is available through the SAE website for a fee of $500.

Mercedes-Benz has built cars in at least 22 countries.

The five most common countries of manufacture for Mercedes-Benz vehicles and the codes for each country are:

Each manufacturing company is also assigned a number that applies either to the brand or to the specific region in the country of manufacture. In the above example, Austria, Brazil, and Mexico follow the region codes, while the United States and Canada assign numbers for each individual company.

About 3,000 unique marques of vehicles have been built in the United States since the 1880’s. At least 43 Canadian companies have manufactured cars, with several hundred foreign-owned companies also producing cars in Canada, each with it’s own unique identifier.

Vehicle manufacturers that produce fewer than 2,000 vehicles will have a 9 in the third position.

The fourth through eighth numbers identify vehicle attributes, including engine size and other important data. Each model is assigned a unique series of numbers that reflects the body style, engine size, transmission type, rear axle gearing, and other information according to how a manufacturer chooses to record information.

Since 1980, Mercedes-Benz has built the following models, each with a unique 5-digit identifier:

The ninth digit is known as the check digit. This number is used as a control to ensure the remaining information falls within specific codes. Stolen and altered vehicles will often have a number in the ninth position that does not correspond to the correct formula for the particular type of vehicle.

The algorithm used to verify a valid VIN is a five step process. The first step is called transliteration and is used to correspond letters to numbers for the purpose of calculation. Q, I, and O are not used due to possible misidentification.

The following table of transliteration values is provided by Title 49 of the U.S. FMVSS regulations as enforced by the NHTSA.

Next, multiply each character in the vehicle VIN by the value assigned in the following table provided by Title 49 of the U.S. FMVSS regulations as enforced by the NHTSA.

Then, simply add the resulting values and divide by 11.

The final eight digits identify the year of manufacture, the plant which assembled the vehicle, and a sequential number. This is used to determine where in the production line the vehicle falls. Lower numbers do not always indicate an early production car or truck. There is no standardization for this series of numbers, and it is common to find vehicles with an early standardized number that fall later in production.

Safety and Recalls for Mercedes-Benz Cars

A recall of Takata-brand airbags that affects millions of U.S. vehicles, including the following Daimler products:

There are recalls on certain airbags in 2017 models including:

About 1,000 vehicles have recalled for low beam headlights that were not adjusted properly, in-cluding 2016-2017 model years of the following:

There were a fuel pump, pressure sensor, and fuel gauge issues in the 2017 E300 Sedan and E300 Sedan 4Matic vehicles. Other recalls for the 2017 E-Class include power steering malfunctions, inadvertent airbag deployment on the driver’s side, and incorrect headlight adjustments.

Popular All Time Models from Mercedes-Benz

View All Mercedes-Benz Cars by Year