Search Over 32,306 Kia Car Records in Our Database 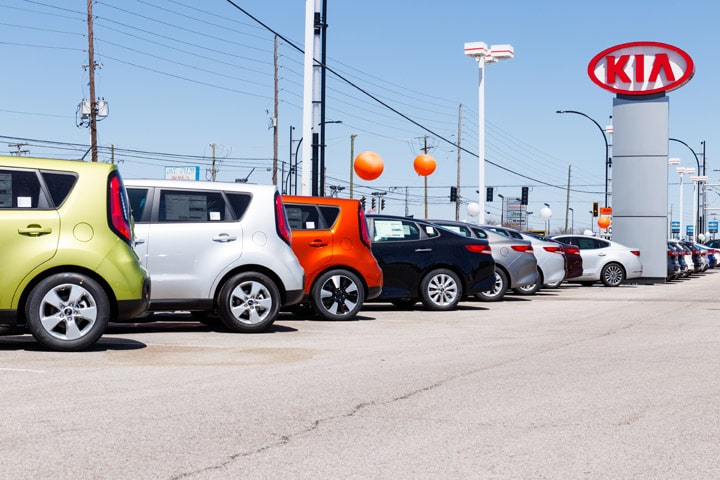 Headquartered in Seoul, Korea, Kia Motors is the country’s second-largest automaker after Hyundai. Both companies own shares in one another; Hyundai owns 33 percent of Kia, valued at about $6 billion, and Kia owns stakes in some 20 Hyundai subsidiaries. The company was formed as Kyungsung Precision Industry in 1944 as a steel tube fabricating and bicycle manufacturer starting in 1951. In 1957 the company changed its name to Kia and started producing Honda licensed motorcycles. It also made Mazda trucks and cars in the 1960s and 1970s. In 1981 the company was forced to stop producing autos under military dictator Chun Doo-hwan, who limited Kia’s output until 1986.

A partnership with Ford helped Kia get back to work, making models that were sold in North America as Ford Festivas and Ford Aspires. The company incorporated in the U.S. in 1992, opening 100 dealerships in 30 states in short order. After going through bankruptcy in 1997 due to the Asian financial crisis, Hyundai purchased half of Kia (it has since shed portions, now owns about 33 percent). Kia opened a $1 billion manufacturing facility in Georgia in 2010.

Number of Kia Sales in the United States 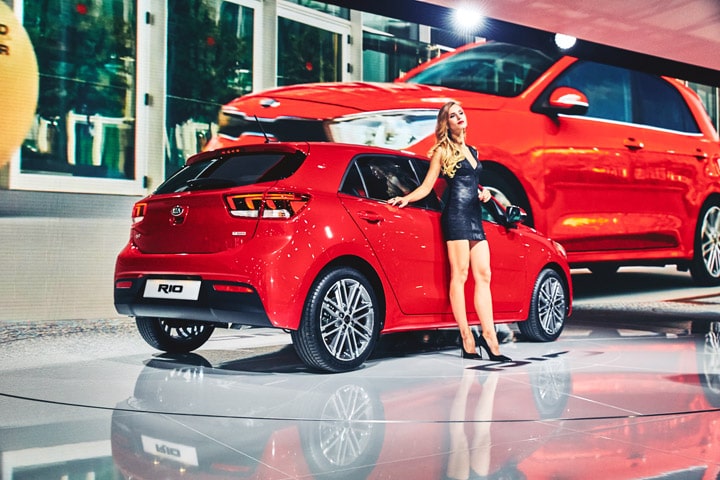 The Hyundai-Kia partnership produces about 7.2 million cars per year, putting the partnership in third place worldwide according to the number of vehicles produced. Only Volkswagen and Toyota rank higher. Hyundai ranks 10th worldwide in auto manufacturers for company value at about $25 billion.

Only the Kia Rio is available in base trim, meaning the most basic outfitting. That vehicle is a 1.6 liter, 100-horsepower, standard-shift transmission without the option for air conditioning. This very bare-bones vehicle costs about $11,000. The LX trim is available on Optima, Forte, and Rio models, offering larger automatic shift engines. The EX trim level is mid-level for Optimas and Fortes, providing enhanced paint options, audio systems, and wheel styles. SX trim is the highest level of options for Kia Forte and Optima sedans.

The Kia manufacturing plant at Hwaseong covers 34 million square feet and was opened in 1991. In its first ten years in operation, the plant turned out 3 million Kia vehicles. The facility includes a dozen test tracks with 32 different road surfaces and a high-speed oval.

Teen driving safety is the aim of the B.R.A.K.E.S. program (Be Responsible and Keep Everyone Safe), which Kia has sponsored in many communities across the U.S. New and learning drivers ages 15-17 are given driving lessons in a specialized environment using Kia vehicles. Offered since 2008, the program has reached 30,000 kids and has been shown to reduce teen accidents in their first three years of driving by about 64 percent.

The National Highway Transportation Administration opened an investigation into Kia models that allegedly burst into flames and for which there was no recall issued. The safety group received about 3,000 complaints about Kia and Hyundai vehicles, including several injuries and one death. Some drivers said their vehicles were stopped, and at times, the engine turned off when a fire erupted. The investigation covers some 3 million vehicles in the U.S.

The Kia Soul advertisements that feature dancing hamsters have been around for ten years now. An advertisement agency called David and Goliath is credited with probing the purchasing psyche of Millennials and coming up with the message. The hamsters were chosen to represent sameness, akin to running on a treadmill to nowhere, says one source. The result, some dealers reported, was a shortage of vehicles in dealerships.

A military division of Kia produces a variety of military vehicles for the Korean armed forces.

How to Identify and Decode Kia VINs

The first three digits of the VIN number for any Kia vehicle are known as the World Manufacturer Identifier (WMI). The WMI describes the manufacturer, country of origin, and other relevant information. The WMI is assigned by the Society of Automotive Engineers (SAE) and is regulated by the National Highway Transportation Safety Administration (NHTSA).

The NHTSA identifies vehicles that are subject to safety recalls using the VIN. Drivers can always use the free VIN check provided by NHTSA to identify if their vehicle is subject to a safety recall.

Kia vehicles use the first character of the WMI to identify the geographical region where the vehicle was manufactured. The WMI information below applies to all Kia vehicles intended for the U.S. market.

The second character identifies the specific manufacturer. For Kia, this will always be N, indicating Kia Motors Corp. as the manufacturing company.

Characters in positions four through eight identify specific features of the vehicle. These digits can reveal the engine, trim level, and safety equipment.

The fourth and fifth digits are the model identifier. Kia uses the following two-digit codes for current world-wide production vehicles

Positions six and seven are used to denote the vehicle body type.

Position eight identifies the engine. These codes are specific to models and body types, as identified earlier in the VIN.

Position nine is used as the check digit for U.S. vehicles. This character will be a number between 0 and nine, or the letter X. The check digit represents the result of an algorithm that uses the numbers and letters in the VIN to provide a means of verifying the validity of the VIN. A VIN number can be verified using the free NHTSA VIN Check Digit Lookup.

Position 10 is used to denote the model year. The following codes are used for U.S. vehicles:

Position 11 identifies the specific factory at which the vehicle was built. The following codes are used by Hyundai to denote factories:

Safety and Recalls for Kia Cars

Nearly 1,000,000 Kia vehicles have been recalled for issues with the brake light switch. The brake light may not illuminate when the brake is applied, and related electrical switch issues may prevent proper functioning of the push-button start feature as well. The following vehicles are affected:

This is in addition to a previous recall affecting the following:

A clutch part is known to malfunction in 2017 Kia Niro Hybrid SUVs allowing an oil seal to leak, potentially increasing the possibility of fire through an electrical short.

Accessory trailer hitches on 2017 Kia Sportage models are recalled because an issue may cause the trailer brake lights may malfunction and not shut off.

The power sliding door on 2017 Kia Sedona minivans has been recalled for a malfunction that may not allow them to reverse as they should.

The accelerator function in 2016 Kia Sorento SUVs have been recalled for an issue that may not allow for proper acceleration.

A serious steering problem may result from gear separation on 2015 Kia Soul and Kia Soul EV SUVs prompting a recall to reduce the risk of a crash.

An issue during the manufacture of engines in 2011-2014 Kia Optima, 2012-2014 Kia Sorento and 2011-2013 Kia Sportage vehicles prompted a recall to repair the possibility of premature wear of bearings that could result in engine failure.

Hood latches on 2006-2014 Kia Sedona vehicles manufactured from June 15, 2005, through April 04, 2014, have been recalled for malfunctioning as a latch may not catch as designed when the hood is closed.

Popular All Time Models from Kia

View All Kia Cars by Year