Search Over 119,015 Jeep Car Records in Our Database 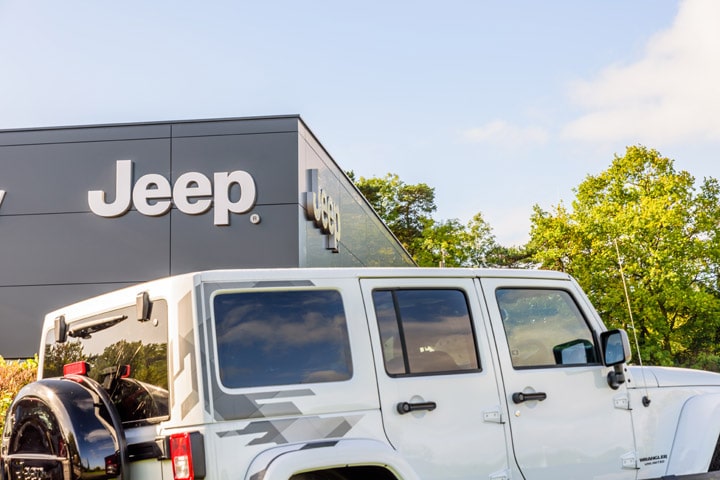 The Jeep, a 4 x 4 offroad open sedan, was developed specifically for the U.S. military at the onset of World War II. The U.S. Army contacted over 100 vehicle manufacturers in early 1940 and requested design specifications for such a vehicle, but only two responded: Bantam Car Company and Willys-Overland. Bantam was the first to submit a prototype called the BRC, but the military was skeptical of the company’s ability to produce the necessary quantity, so he sent the Bantam design specs to Ford and Willy’s. Each company produced 1,500 models (Ford called it the Pygmy, Willys was called the Quad) for testing. In the end, all three companies were involved in producing vehicles, with Bantam supplying 1,700 of its design and Ford and Willy’s providing Willy’s design through a license agreement, eventually totaling 640,000 vehicles at between $650-$780 each.

The name Jeep was apparently derived from the military acronym G.P. for General Purpose, but “Jeep” had many meanings for military use going back to World War I. Willys-Overland filed for trademark on the name Jeep in 1943 but was denied, so they copyrighted it in 1946 after producing its first Civilian Jeep (CJ) models for the mass market. American Motors Corp. acquired the remnants of Willys from Kaiser in 1970 and was in 1971 the parent company of the Jeep’s Defense and Government Products Division, where the precursor of the Humvee was created, sparking legal wars with Chrysler Jeep over the rights to a specific grille design (7 vs. 9 slots). Chrysler eventually acquired Jeep from Renault after AMC was purchased by that company, but the subsequent design changes that introduced the Wrangler after the mid-1980s were not as successful as the early 1980s peak product, the Cherokee. After many changes in ownership, Jeep is currently owned by Fiat Chrysler Automobiles.

Number of Jeep Sales in the United States 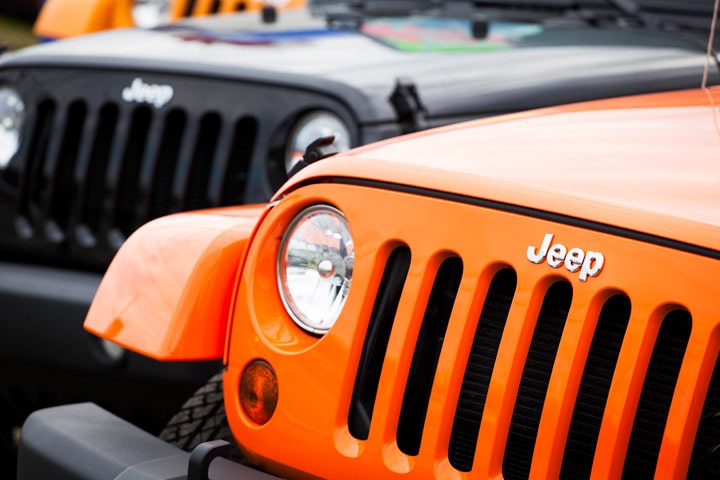 Production of Jeeps has always been centered on Toledo, Ohio, site of the original Willys-Overland plant. Parkways there are named for Willys and Jeep.

Automakers around the world have produced Jeeps through license agreements, including Mitsubishi in Japan, Mahindra in India, and EBRO in Spain. American Motors opened a plant in China in 1984.

Long Island, New York, is a location with a particularly high density of Jeep owners: in 2017, there were over 132,000 Jeeps (mostly Wrangler models) registered there.

Wranglers were not produced in a 1996 model year version. The company decided to do away with a briefly-used square headlight design after the 1995 model year, and when they resumed production, the new vehicles were all 1997 model year – with the iconic round headlight design.

In 2017 the website Cars.com listed the “most American” vehicles, and the Jeep Wrangler and Cherokee placed first and second because the majority of their parts (and employees) are made in the U.S.A.

The 1953 Willys-Overland Jeep was featured in a (New York) Museum of Modern Art display of functional art/design products alongside the Volkswagen Beetle and Smart Car. It was acclaimed for its utilitarian design and reliability.

When Bantam produced its prototype for the Army to inspect and evaluate, the vehicle was designed in 2 days then driven from the production facility in Pennsylvania to Washington D.C. to prove its worth. After military officials evaluated and authorized the production of Jeeps from Ford and Willys-Overland, a U.S. Senator drove one of the first vehicles up the steps of the U.S. Capitol building in Washington, D.C. with soldiers in the rear seats to prove its strength and versatility.

Many features of the original Jeep were seriously functional: a groove and strap on the outside of the body were designed to hold a shovel and axe, and the round headlights were designed to rotate so they could be pointed to the sky, potentially signaling aircraft during wartime.

How to Identify and Decode Jeep VINs

The first three characters of any VIN are the World Manufacturer Identifier (WMI). This three-digit code represents the country of origin and the specific manufacturing company that built the vehicle. The WMI is assigned by the Society of Automotive Engineers (SAE) and is regulated by the National Highway Traffic Safety Administration (NHTSA).

Jeep vehicles use the country of origin for the first portion of the WMI. Jeep vehicles will always have a 1, representing the United States.

The second digit will be the letter J, representing Jeep as the brand of manufacture.

The third character represents the vehicle type. Jeep vehicles may have one of the following codes:

Jeep uses positions four through eight to identify specific characteristics of the vehicle.

Position four represents the engine type or Gross Vehicle Weight Rating (GVWR), depending on the year as noted below:

Position five provides information about transmission options or vehicle type, depending on the year as noted below:

Position six typically identifies the series or transmission options, depending on the model year as listed below:

Jeep vehicles use the seventh character to denote body style.

Jeep uses specific codes for the 2018-2019 Jeep JL Wrangler. The following codes apply only to that range of vehicles. These codes will be in positions five, six, and seven.

Jeep vehicles use the digit in position eight to denote the engine installed by the factory. The following codes are used:

The character in the ninth position is known as the check digit. It will be a number between 0-9, or the letter X. This character represents the result of an algorithm that can be used to check the validity of a VIN on any U.S. vehicle.

Position 10 will denote the model year the vehicle was produced.

Position 11 denotes the specific factory that produced the Jeep vehicle. Jeep factory codes are below:

The characters in positions 12 through 17 are the unique serial number that identifies the vehicle, much like a fingerprint. Serial numbers are not consecutive, and a lower number does not represent an early production vehicle.

Safety and Recalls for Jeep Cars

The clutch pedal position switches in 2006 Jeep Wrangler and Jeep Liberty vehicles manufactured July 1, 2005, to July 31, 2006, were recalled in 2015. These switches may break, allowing the vehicle to lurch when started, even with the clutch engaged.

Front airbag deployment systems may malfunction and were therefore recalled in 2015 for the following models:

In 2016 Chrysler issued a recall of airbag inflators affected by humidity and temperature fluctuations in a certain model year:

A clockspring mechanism in the driver’s side airbag assembly on 2007-2010 Jeep Wrangler JK vehicles manufactured March 2, 2006, to August 13, 2010, has been recalled. Unless the necessary repair/replacement is made, dust within the mechanism can cause the airbag to malfunction.

Popular All Time Models from Jeep

View All Jeep Cars by Year