Search Over 75,673 GMC Car Records in Our Database 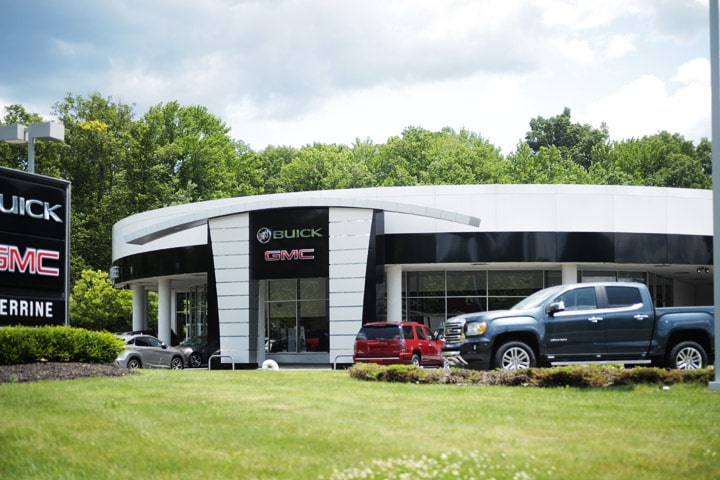 Businessman William C. Durant merged Rapid Motor Vehicle Co. with Reliance Motor Car Co. in Detroit around 1911 to form General Motor Truck Co. The company has always focused on trucks, having supplied some 600,000 to the military during World War II. From 1925 to 1987, the company also produced buses, having purchased a truck and taxi manufacturing company in 1925. In 1996 General Motors Truck Co. merged with Pontiac in order to gain mid-budget automobiles to the lineup, and the corporation became known by its acronym, GMC. Ten years later, the company ceased production of its line of mid-duty commercial trucks and focused more on SUV vehicles and crossovers.

Over the years, GMC trucks and Chevrolet vehicles shared many similarities, even the same engines, although GMC was advertised for commercial use and Chevrolet advertised to individuals. One of GMC’s longest-running models was the Suburban, a Chevrolet badged vehicle, which was introduced in 1937 and renamed (Yukon) in 2000.

Number of GMC Sales in the United States 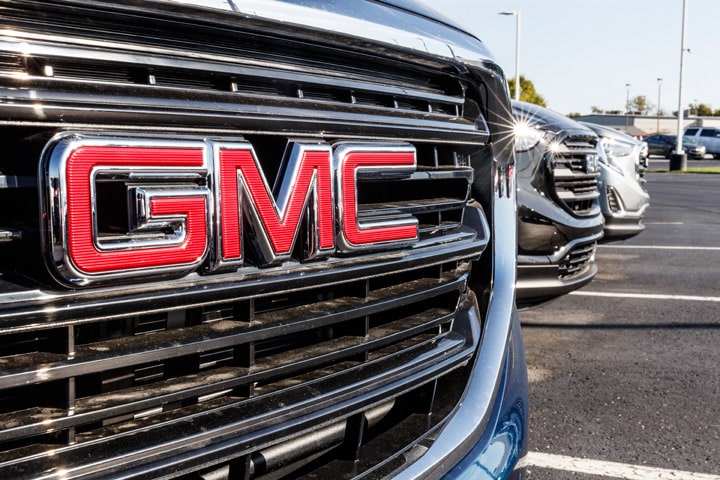 The GMC company is the third-most valuable automaker in the world, after Honda and Toyota. It’s an umbrella company as it owns Buick, Pontiac, Chevrolet, and Cadillac. Its valuation was recently pinned at $52 billion.

GMC has the largest slice of American auto sales at 16.5 percent, even after shedding about 50,000 employees from its high of 225,000 in 2016. Ford sells the second-most vehicles in the U.S., with about 14.4 percent of the market, with Toyota and Fiat-Chrysler both holding a little more than 13 percent.

William Durant, the founder of General Motors, first became president of Buick, improving the company’s business to surpass Ford’s sales, then partnered with Samuel McLaughlin, a Canadian carriage maker, to form General Motors. In 1909 the company bought Cadillac, Oldsmobile, and Oakland Motor Car (Pontiac). The resulting cash shortage caused Durant to be forced out. He then moved to Chevrolet, which he improved to the point that the company could purchase General Motors, re-establishing Durant as its leader until 1920.

GMC trucks and SUVs are the second best-selling vehicles in the U.S. after Chevrolet. Worldwide, they’re third after Chevy and Buick. The brand sold 700,000 units in 12 countries in 2016.

In its earliest days, GMC-made trucks were battery-powered. In 1913 these early electric vehicles could carry up to 6 tons.

The premium SUV model Denali accounts for almost 30 percent of GMC sales. The rebranded Yukon, of which Denali is the premium trim, is the heir of GMC’s long-running Suburban model. At least 1 million Denalis have been sold since 1999.

How to Identify and Decode GMC VINs

The first three letters or numbers of a VIN indicate where the vehicle was built and who manufactured the vehicle. These digits are known as the World Manufacturer Identifier (WMI). The WMI is assigned to manufacturers by the Society of Automotive Engineers (SAE). The regulations relating to VINs are managed by the National Highway Traffic Safety Administration (NHTSA).

General Motors produces cars under numerous marques, including Chevrolet, Buick, Pontiac, Cadillac, and GMC. Many of the VINs cross over makes and models. GMC primarily builds trucks and buses, and many GMC dealerships are also Buick dealerships.

GMC trucks will almost always have the WMI of 1GT, signifying the truck is U.S.-built (1) by GMC (G) and is a truck (T). Other variations could include 3GT, built in Mexico, and 1GK for the GMC Acadia MPV.

The characters in positions four through eight identify specific details about GMC trucks.

These digits change from year-to-year and are often different for trucks in the same model.

GM-Trucks.com hosts an archived copy of every General Motors vehicle VIN plate from 1960 to 2020. The range of options is not possible to easily summarize in a chart.

GMC vehicles built after 2006 will use the fourth position to identify the Gross Vehicle Weight Rating, braking system, or body type.

The fifth and sixth position denotes the body and trim. Each year there are hundreds of possible combinations.

2019 GMC vehicles will carry one of these codes in the fifth position.

2019 GMC vehicles will have one of these codes in the sixth position.

The character in position seven reflects the safety equipment installed.

GMC denotes the original engine with the eighth VIN. GMC Sierra trucks, along with many other GMC products, will have one of the following codes for vehicles built in 2019.

Position nine is the check digit. This will be a value between 0 and nine, or will be the letter X. The digit represents the result of an algorithm that validates the VIN. The NHTSA provides a free VIN check digit calculator.

Position 10 identifies the model year of the GMC vehicle.

Position 11 identifies the specific factory at which the GMC vehicle was built. GMC builds vehicles in the following factories:

Position 12 through 17 represent the serial number. The serial number is used by manufacturing companies to identify where in a line of production a particular vehicle was built.

Safety and Recalls for GMC Cars

Nearly 1.4 million vehicles are affected by a recall to fix a seatbelt cable that could fail. The affected vehicles include:

The transmission shift cable adjuster on certain GMC vehicles has been recalled, to prevent the possibility of a rollaway situation. The vehicles affected include:

A wiring harness problem that affects 1.18 million crossovers has prompted a recall to prevent potential issues with side-impact restraints (including airbags in some models) involves the 2008-2013 Buick Enclave and 2008-2013 GMC Acadia.

The 2013-2014 Cadillac XTS sedan is subject to a recall for potential brake booster corrosion. The issue affects nearly 70,000 vehicles and has resulted in two engine compartment fires and two cases of melted components.

An ignition switch problem may lead to a loss of power steering and braking capabilities, resulting in the recall of the following models:

A recall affecting a number of models concerns the interruption of important audible warnings regarding seatbelts and opened doors. Affected models include:

Popular All Time Models from GMC

View All GMC Cars by Year