Search Over 153,827 Dodge Car Records in Our Database 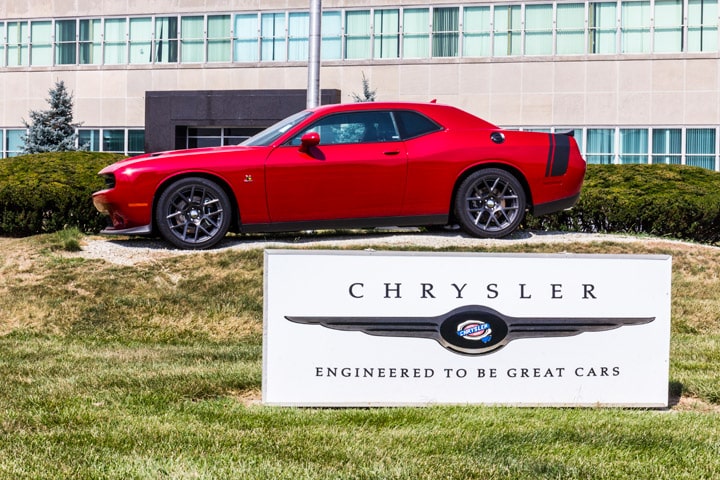 FCA US LLC is the parent company of a well-known American auto make, Dodge. The company was formed in Michigan around 1914 by brothers Horace Elgin and John Francis Dodge as an auto parts business. Chrysler purchased the company in 1920. The first vehicle produced by Dodge was the 30/35 touring car, which was constructed of steel, had a 12-volt system, and boasted 35 horsepower, all superior to Ford’s ubiquitous models.

After General Pershing requisitioned several hundred Dodge vehicles for the Mexican border war, Dodge became popular military vehicles during World War I, with the company supplying over 12,000 sedans, trucks, and other vehicles to the armed forces. The same scenario was played out for World War II, when Dodge, under Chrysler, provided 400,000 trucks for the military. In the post-war years, the Dodge name was used on a variety of vehicles, including buses, the small Dart sedan, and became synonymous with the “muscle car” era of the late 1960s with the Challenger and the Charger.

In the 1970s, Dodge partnered with Mitsubishi to develop its Colt line, and it was one of the first American automakers to move to front-wheel drive. Still, in 1979, Chrysler chairman Lee Iacocca requested government assistance to keep the company from bankruptcy. In 1998 the company merged with Daimler as the company’s low-priced option and capitalized on the Dodge minivan platform to develop more cargo options, including the Sprinter van. In 2007 Daimler divested from Chrysler. Fiat has since purchased controlling shares in Chrysler.

Number of Dodge Sales in the United States 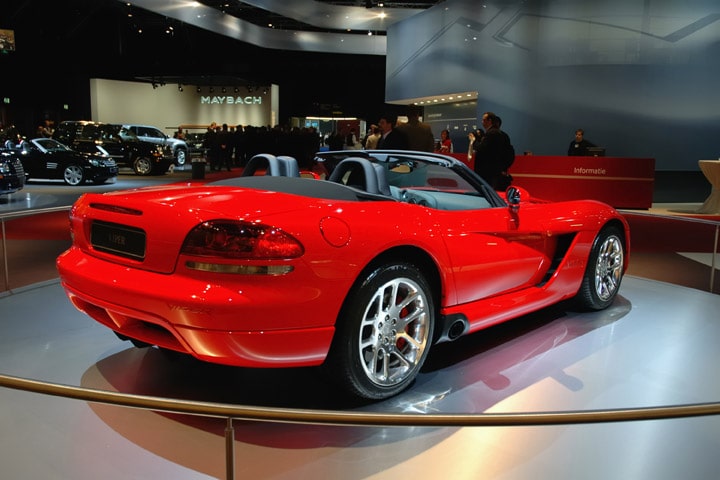 1
The founders of the company, the Dodge brothers, knew their competition well – Henry Ford hired them to supply nearly all of the components for his Model A vehicles. Dodge manufactured everything for Ford to assemble, minus the wheels and body panels.
2
In 1925 when the widows of the Dodge company founders sold to an investment company Dillon, Read & Co., their price of $146 million was the largest transaction ever recorded.
3
In 2015 the U.S. National Highway Transportation Safety Administration levied a $105 million civil fine against Fiat-Chrysler for endangering the public through faulty vehicles. The agreement made with the automaker includes buying vehicles back from owners for uncorrected issues, including 260,000 Ram trucks and more than 200,000 Dodge Aspen, Durango, and Dakota vehicles. The 1993-1998 Jeep Grand Cherokee and 2002-2007 Jeep Liberty were also subject to the buyback program.
4
During the war against Pancho Villa on the Mexican border, General George Patton used Dodge vehicles in the country’s first mechanized division. Patton was in a Dodge touring car, and Pancho Villa was eventually killed (not by American soldiers but by a fellow Mexican) while in a Dodge Roadster.
5
In 1955-1956, Dodge produced a sedan aimed at women. Called La Femme, it was a four-door Custom Royal Lancer outfitted in rose and pearl colors with gold trim. The vehicle included a matching pocketbook and convenient cases for storing the pocketbook behind the seat along with an umbrella and raincoat.
6
The limited-edition Dodge Challenger Hellcat comes with two ignition keys: a red one that unlocks higher horsepower and more performance features, and a black key for normal operation.
7
Prior to taking the helm of Chrysler, Lee Iacocca worked for Henry Ford II at Ford Motor Co. While at Ford, Iacocca proposed the minivan, which Ford rejected. When he moved to Chrysler, the Dodge Grand Caravan was unveiled in 1983 and quickly became a popular, well-received vehicle for the brand.

How to Identify and Decode Dodge VINs

The VIN for all Dodge vehicles begins with a three-digit code called the World Manufacturer Identifier (WMI). The WMI provides information about the specific manufacturing company and the country of origin of the vehicle. The WMI is assigned by the Society of Automotive Engineers (SAE) and is regulated by the National Highway Traffic Safety Administration (NHTSA).

Dodge owners can find out if their vehicle is part of a safety recall by using the NHTSA Safety Recall VIN Lookup.

The digits in positions four through eight are used to identify specific vehicle attributes. This section of the VIN contains details about the model and trim, engine, and safety equipment. Dodge shares some codes with other Fiat-Chrysler and Jeep vehicles. Dodge Trucks use different codes to denote Gross Vehicle Weight Ratings, engines, and axle codes.

The character in position five identifies the Dodge model.

The digit in the sixth position denotes the trim level of the vehicle except for Dodge Trucks. Trucks are indicated in Italics below.

The seventh character of a Dodge VIN identifies the body type. The following codes are used.

Character eight denotes the engine installed in the vehicle. The following codes are common:

The digit in position nine will be a value between 0 and 9, or will be the letter X. This is the check digit. The check digit represents the result of a mathematical algorithm that determines the validity of the VIN. VINs can be verified for free online through the NHTSA check digit calculator.

10 represents the model year of production.

Position 11 is the factory at which the Dodge vehicle was built. Dodge uses the following codes:

The characters in positions 12 through 17 are the serial number. Serial numbers are like fingerprints and are unique for each vehicle. Serial numbers help identify where in a specific line of production a vehicle was built.

Safety and Recalls for Dodge Cars

Vans made by Dodge have been recalled due to the possibility of the hood opening unexpectedly. This recall affects the 2016 Dodge Town and Country and 2016 Dodge Grand Caravan vehicles.

About 2,100 vehicles are affected by a recall on certain models for leaking fuel delivery components. This recall is for 2015 Dodge Challenger SRT coupes and Dodge Charger SRT sedans with 6.2-liter V-8 engines.

The control panel on 2015 Dodge Challengers may stop working and is subject of a recall. This recall affects over 11,000 cars.

Tire pressure sensors have been recalled on the 2014 Dodge Town and Country and 2014 Dodge Grand Caravan vehicles. These sensors may malfunction and show a false reading.

Alternator issues have prompted recalls for more than 14,000 vehicles manufactured by Dodge. If unrepaired, the alternator may fail and cause a vehicle to stall. The following models are affected:

The 2014 Dodge Durango and some 69,000 Dodge Ram 1500 4x4 pickups from 2013 are subject to a recall affecting steering control. Under certain conditions, the steering stability control may become disabled, making the vehicle more difficult for a driver to maneuver. The recall affects more than 180,000 Durango vehicles.

More than 180,000 Dodge Durango vehicles have been recalled for airbag issues. These vehicles may experience failure of the airbags and seatbelt pretensioners, posing risks for passengers.

Water leaking into the antilock brake system may cause issues with 2012-2015 Dodge Journey vehicles, prompting a recall of 275,614 units. If water infiltrates the system, the brakes may not function as intended.

The 2014 Dodge Durango has been recalled for unintended acceleration related to the cruise control system. Drivers may experience malfunctioning settings on cruise control, which can be repaired through this recall.

Popular All Time Models from Dodge

View All Dodge Cars by Year