Search Over 379,052 Chevrolet Car Records in Our Database 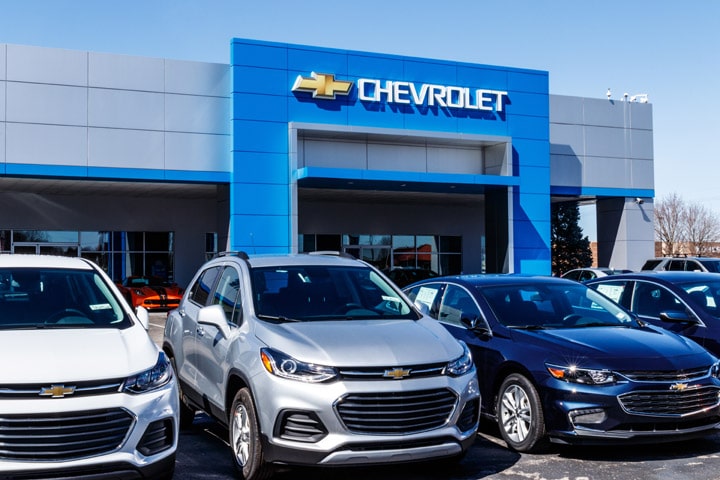 The Chevrolet Motor Car Company was founded in 1911 by race car driver Louis Chevrolet, William C. Durant, and other investors; Durant was a founder of General Motors but overextended the company’s finances and was ousted shortly thereafter. Although Chevrolet did not produce a vehicle until 1913, its Series C Classic Six, a large, 5-cylinder touring car, and later the more modest 4-cylinder Chevrolet 490 sold well enough to allow Durant to buy a controlling share in General Motors and make Chevrolet its marquee brand. Chevrolet overtook Henry Ford’s Model T in sales in 1929.

The company competed closely against Ford and Chrysler for decades as America’s affordable car company. By 1963 one in every ten cars was a Chevrolet. The two-seater Corvette was introduced in 1953 and has been “America’s sportscar” ever since. The eighth-generation Corvette will be the first with a mid-vehicle engine. Through General Motors, Chevrolet was expanded to become a worldwide automaker, selling more than 100,000 models per year in such remote places as Uzbekistan, Colombia, Brazil, India, and China.

Number of Chevrolet Sales in the United States 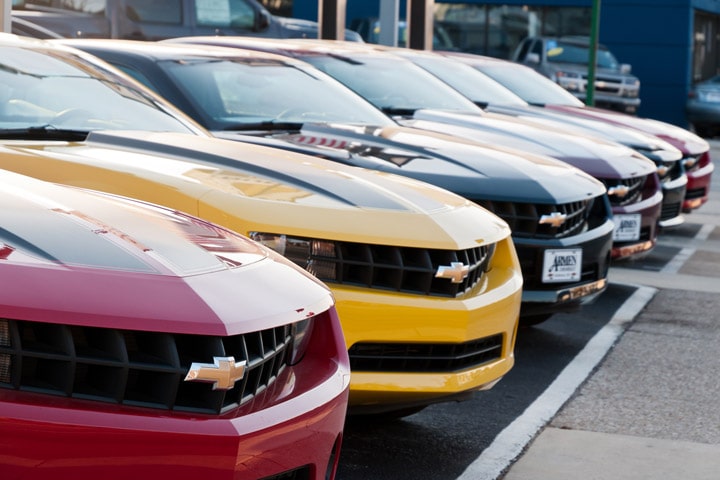 1
The Chevrolet Impala was introduced in 1953 and became the brand’s best-selling model for decades, selling in excess of 13 million units in approximately 45 years. The Caprice was introduced as the top-line model Impala but later became a standalone model.
2
Chevrolet cars were available in Europe until 1968 through production facilities in Denmark, Poland, and Switzerland, then from 2005 to 2011 when most of them were made by a General Motors subsidiary in Korea. In 2011 the company withdrew the brand – with the exception of Corvettes and Camaros -- from Europe but continued to sell the cars in Russia and other mostly Eastern European countries. Due to lagging sales and competition with another GM subsidiary, Vauxhall, Chevrolet was completely removed from European markets in 2016.
3
Theories abound about the origins of the brand’s “bowtie” emblem, which dates back to 1913. Some say it resembles the Swiss cross (Louis Chevrolet was Swiss), others say William Durant copied a wallpaper pattern, and yet another theory is Durant copied a design from a coal advertisement in a Philadelphia newspaper just days before the company was incorporated. The bowtie wasn’t always gold, by the way, sometimes a red version was used to denote a premium model car.
4
General Motors, Chevrolet’s parent company, is the third-largest automaker on earth, valued at about $52 billion.
5
In China, Chevrolet holds almost 3 percent of the motor vehicle market, selling nearly 675,000 vehicles per year.
6
Starting in 2003 Chevrolet tried to make inroads into one of the largest markets in the world, India, but pulled out in 2017.
7
In many markets around the world, General Motors makes deals with other automakers to “rebadge” models as Chevrolets, including the Australian-made Holden Commodore, which is sold as a Chevy Caprice in the Middle East. Likewise, the Chevrolet Cavalier was sold as the Toyota Cavalier in Japan in the late 1990s through a partnership with Toyota.

How to Identify and Decode Chevrolet VINs

The first three characters of a U.S. VIN are called the World Manufacturer Identifier (WMI). The WMI is used to identify the maker of the vehicle and the country of origin, and often includes information about the type of vehicle. The WMI is assigned by the Society of Automotive Engineers (SAE) and is regulated by the National Highway Traffic Safety Administration (NHTSA). A vehicle may be checked for safety recalls by visiting the NHTSA website and entering the 17-digit VIN.

Chevrolet uses numerous codes in the WMI section of a VIN to denote the various brands and countries of origin in which Chevrolet cars and trucks are built. The following codes encompass the WMI numbers assigned to Chevrolet by the National Highway Traffic Safety Association (NHTSA).

Position four and five are used by Chevrolet to denote the vehicle platform and model. The codes for this section include the following:

The character in the sixth position denotes the body type. Chevrolet uses these codes for U.S. vehicles.

The character in the seventh position is used by Chevrolet to denote the safety equipment originally installed in the vehicle.

VIN position eight is used to indicate the engine Chevrolet installed in the vehicle. While some possible codes are not included on the following list, the vast majority of Chevrolet engine options are represented.

Position nine is occupied by a numeral from 0-9 or the letter X. This is the check digit. The check digit is the codified result of an algorithm using the other numbers and letters in the VIN to validate the authenticity of the VIN.

Position 10 of a Chevrolet vehicle is used to identify the model year.

Position 11 indicates the factory at which the vehicle was assembled. This is often a different code and/or factory than the information included in the WMI.

The digits in positions 12 through 17 are the vehicle serial number. This number is like a fingerprint and is used to identify where in a production line the particular vehicle was built. It should be recognized that serial numbers are not consecutive and do not relate to early and late production.

Safety and Recalls for Chevrolet Cars

Airbag sensors may enter a test phase unexpectedly under certain driving conditions, removing them temporarily from emergency deployment. A recall for this issue has been issued for the following vehicles:

Control arms within the steering system are affected by a recall. Inadequate welds could allow the arm to separate and steering control compromised on the following models:

The 2016 Chevrolet Equinox models manufactured on October 16, 2015, have been recalled, to correct a label that misstates the size and inflation of tires associated with the vehicle.

Front airbags are an issue for 2009-2014 Chevrolet Express vans manufactured January 27, 2009, through March 7, 2014. These models with a gross vehicle weight rating of 10,000 pounds and less and equipped with front passenger airbags do not meet the federal motor vehicle safety standard for interior impact.

A recall of airbags has been issued for 2014-2015 Chevrolet Impala vehicles manufactured April 15, 2013, to June 19, 2015, and equipped with front vented-heated passenger seats. The hazard is that airbags may not deploy if a child is seated in the front of the vehicle due to faulty sensors.

An electrical issue is behind a recall for 2007-2011 Chevrolet Silverado HD 2500/3500 trucks equipped with auxiliary batteries manufactured January 18, 2007, to June 22, 2011. The concern is for towing bridals that could overheat and melt.

Popular All Time Models from Chevrolet

View All Chevrolet Cars by Year