Search Over 142,131 BMW Car Records in Our Database 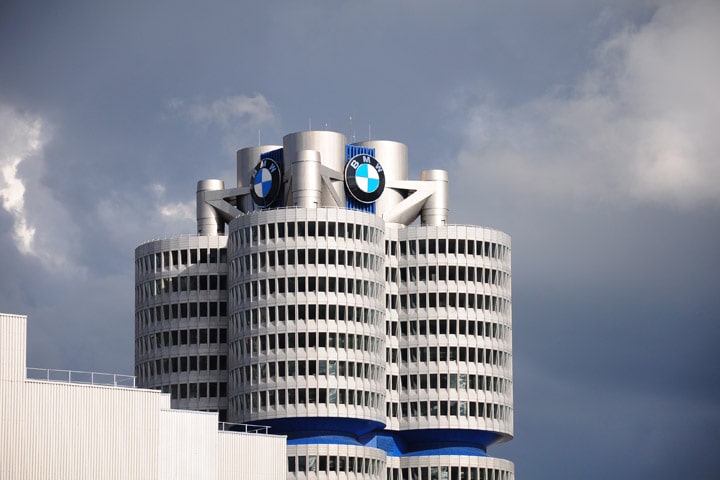 Started as a manufacturer of aircraft engines, BMW (Bayerische Motoren Werke) now makes automobiles using its own name as well as Rolls Royce and Mini. Motorcycles are made under the name BMW Motorrad. It is approximately the 12th largest vehicle manufacturer, turning out about 2.5 million vehicles a year.

The company is headquartered in Munich, Germany, and has manufacturing plants in six other countries. During World War II the company made aircraft engines, and its facilities were bombed by the Allies as a consequence. Under terms of the post-war armistice agreement, it was prohibited from making motor vehicles, so BMW made household items like bicycles and pans. In the late 1950s, the company made bad guesses about the market for vehicles and produced slow-selling microcars and a luxury model, suffering financially until rival Daimler-Benz took the company over. In the late 1970s and 1980s, the company began producing luxury supercars. It acquired brands Mini, Rolls-Royce, and Rover in 1994 but exited the Rover brand after more financial problems. It is about the 14th largest auto manufacturer in the world, producing about 2.5 million vehicles per year.

Number of BMW Sales in the United States 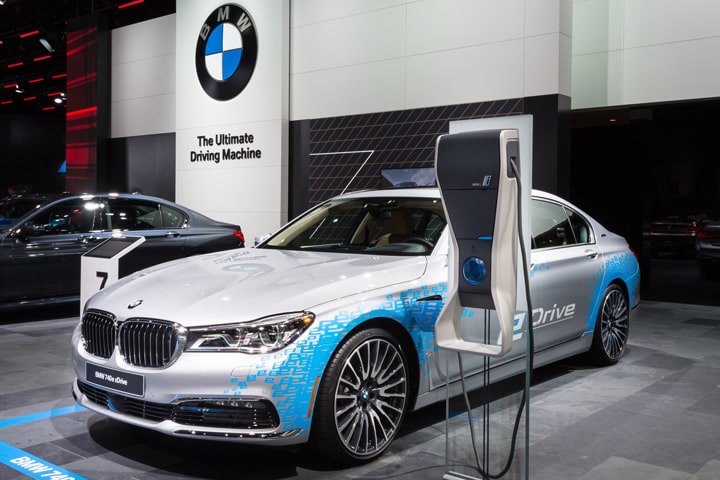 1
Airplane engines were the company’s first products, but after World War I German companies were forbidden under terms of the 1919 Treaty of Versailles from producing aircraft or their engines, so BMW switched to making motorcycles. Automobile production started ten years later.
2
In 2013, the company launched its first electric compact SUV, the i3, which initially was received coolly. Yet sales have continued not only to hold steady after six years but to warm considerably, with 2019 sales outpacing 2018 sales by double digits. This prompted the company to plan for the i3 to remain in production for more than the traditional model lifetime of 7 years. BMW plans for several more electric vehicles in its lineup by 2023.
3
The BMW company is valued at $42 billion, about $25 billion less than just a year ago. The U.S.-China trade war of 2019 is likely to ding the car maker’s bottom line even more, as it is subject to a 25 percent hike in tariffs on its exports to China.
4
Rolls-Royce, a division of BMW, has suffered from major setbacks in its aerospace engine manufacturing. Its Trent 1000 TEN engines are in Boeing 787 airplanes and have been beset by poor components that include propellers cracking. It is expected to pay as much as $2 billion to repair and re-equip the aircraft, but the damage to the company’s reputation may linger.
5
By volume, BMW is about the 14th largest car manufacturer in the world, sending around 2.5 million of its vehicles onto the streets every year.
6
The Mini Cooper, a BMW product with British roots, turns 60 this year. Over the years the microcar has morphed into a larger, bulkier version of itself but there’s hope that an electric version that’s due out by 2020 will reinvigorate the brand. Yet with sales of the small cars down in the U.S. market by at least 7 percent in the past year, hopes are dimming. In December 2018 alone sales crashed by 40 percent in the U.S. Yet with a future redesign and electrification the manufacturer hopes to continue the cult-like following of Mini owners who parade their vehicles on club outings and rallies.
7
The company bought back one of their former manufacturing facilities in Germany to enhance a program available for owners of all of its vehicles: made-to-order parts for every BMW ever sold. That means if a person has a 1960 or a 1975 or a 1988 model BMW, he can still get a new grille, exhaust manifold, or authentic replacement part rather than contacting junkyards for inventory.

How to Identify and Decode BMW VINs

BMW began producing cars and motorcycles in the 1920s in Germany. Since 1956, BMW vehicles have been sold in the United States. All U.S. vehicles have a VIN that identifies important information about a vehicle. Since the early 1980s, all VINs have been standardized in the U.S. Standards are created by the Society of Automotive Engineers (SAE) and the National Highway Traffic Safety Administration (NHTSA). Older BMW vehicles are likely to have VINs of varying numbers and characters. Modern BMW vehicles follow the established standard.

The first three digits are called the World Manufacturer Identifier and represent the particular brand that made the vehicle.

Positions 4-7 are used for model identification. Changes from year-to-year and hundreds of models make it impossible to chart all the possible codes for all BMW vehicles. Currently, BMW markets at least 31 models, each with different engine types, transmissions, and safety equipment. BMW vehicles have been sold in the United States since 1956. The four-digit model identifier codes information that indicates the model, engine, trim level, and safety equipment.

Position Nine is used as a check number. This digit is the result of an algorithm that reveals whether the VIN is valid. Essentially, letters are converted to numbers, and a series of mathematical equations results in a fraction or decimal that relates to one of several coded digits.

The 10th digit is the model year identifier. The year codes are:

The 11th digit is used to identify the specific plant where the vehicle was built. In some cases, vehicles are built in multiple plants and assembled in other plants. Typically, the assembly plant is recognized as the manufacturing plant.

Safety and Recalls for BMW Cars

Loose bolts that could result in the engine stalling prompted a recall for the following 2010-2011 models:

Plating within the fuel pump poses an issue for the following models, which have been recalled to repair the problem that could result in engine failure (all 2014 models except those noted):

Popular All Time Models from BMW

View All BMW Cars by Year