Search Over 52,068 Audi Car Records in Our Database 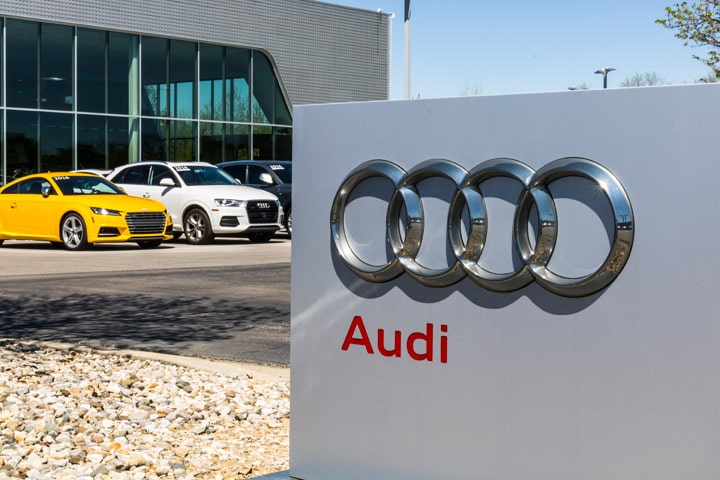 Four auto manufacturers joined forces in 1932 to create the luxury brand that became Audi. It is now owned by Volkswagen AG, the second-largest carmaker in the world. The acknowledged founder of the company is August Horch, who incorporated August Horch & Ce. Motorwagenweke AG in 1904 but left to form another company in 1909. His former partners in the first company sued him to retain his name on their vehicles, prompting him to come up with an alternative (Audi is a Latin version of Horch).

The merger of four auto manufacturers in 1932 (Audi, Horch, DKW, and Wanderer) under the name Auto Union AG revolutionized German car making by producing a six-cylinder engine with front-wheel drive, called the Audi Front. After World War II the company moved its operations to Bavaria in West Germany but struggled to regain its place in the manufacturing world. In 1959 Daimler-Benz bought the Auto Union company, and in 1964 Volkswagen bought 50 percent of it, mostly to use its factories to produce more Beetles.

Auto Union engineers secretly developed the Audi 100, and when it was presented to Volkswagen’s director, Heinz Nordhoff, who approved of putting Audi vehicles like it into production. Audi was introduced in the U.S. in 1970, and many of its models shared components with Volkswagen’s more pedestrian vehicles.

Number of Audi Sales in the United States 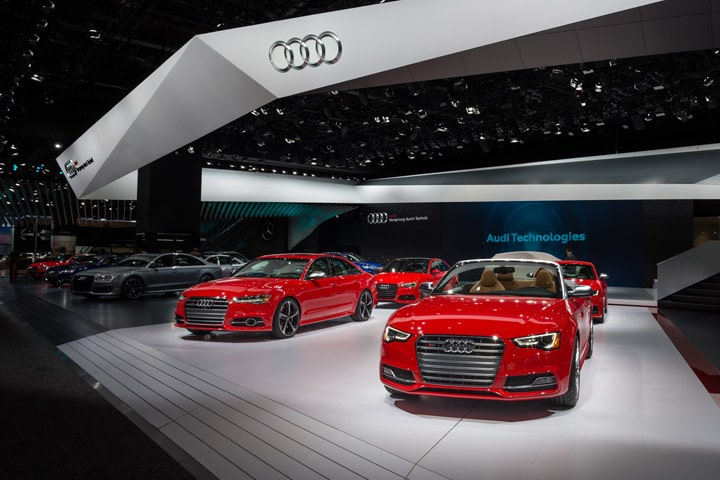 1
Before August Horch left Audiwerke, its first vehicles produced were sport Phaeton style, and Audi is credited with the first left-hand-drive vehicles in 1921.
2
The investigatory journalism television show 60 Minutes faked a segment on the Audi 5000’s alleged “unintended acceleration” issue that was blamed for several deaths and hundreds of accidents. The repercussions were felt in plummeting sales of both new and used models between 1986 and 1991. The National Highway Transportation Safety Administration determined that most drivers affected had been startled by high idle speeds when shifting from park to drive and exacerbated the problem by fumbling for the brake and hitting the accelerator instead. Sales did not rebound until 2000.
3
Audi’s recalls for the unintended acceleration issue became industry-standard safety measures, including requiring the driver to step on the brake before engaging the transmission.
4
The brand’s cutting-edge concept vehicle at the 2019 Frankfurt Auto Show was the AI:Trail, an all-electric SUV with drones for headlights. Its four batteries allow for about 300 miles offroad range, 33-inch tires give it a crab-like appearance and tremendous ground clearance while LIDAR technology provides nearly autonomous travel. It’s not completely unlike the Volkswagen I.D. Buggy concept vehicle that was unveiled earlier in the year – but more elite of course.
5
All of Volkswagen’s models, including Audi, are implicated in the 2015 revelations that the company cheated emissions standards through technology that manipulated equipment to release lower-than-actual exhaust fumes when being tested. In 2019, after $30 billion in combined environmental fines, civil charges were leveled against the company directors with knowledge of the scheme because they did not tell investors about the duplicity.
6
The Volkswagen AG company, which owns Audi and other luxury brands such as Bugatti, Porsche, and Lamborghini, is the second most valuable in the world after Toyota. Volkswagen sold over 10 million vehicles in 2018 and was valued at $80 billion.
7

In 2018 the company unveiled a new way of labeling its cars according to engine displacement. Rather than a single digit number following the model letter (generally A was the smallest and Q the largest in the fleet), they’re now using double digits as follows:

How to Identify and Decode Audi VINs

The first three digits of a VIN on an Audi will be the World Manufacturer Identifier (WMI). The WMI contains information such as the manufacturer, country of origin, and type of vehicle.

Audi vehicles will have one of the following WMI numbers as the first three numbers in the VIN.

Position 4 through 8 are the vehicle descriptor series (VDS). These characters are used to identify the model, series, engine, trim, and safety features. The codes change regularly when new series of models or entirely new vehicles are added. There are no consolidated lists of all the possible codes for U.S. Audi vehicles.

Position 4 identifies the model of Audi. There are hundreds of Audi models represented.

Position 5 is the engine identifier. As with position four, engine codes change from year-to-year.

Position 6 identifies the safety equipment installed by the Audi factory. These numbers also change frequently. An archived approved VIN chart for MY 2014 by the NHTSA includes the following information.

Position 7 and eight identify the model number used by Audi. These numbers change frequently and are not stored in one place.

Position 9 is used as a check digit. The check digit is a code 0-9 or X that indicates the solution of an algorithm using the letters and numbers of the VIN. This digit allows for a VIN to be verified as a valid number.

Position 10 is the model year. One of the following codes will indicate the year.

Position 11 is the factory at which the vehicle was manufactured. Audi vehicles are produced primarily in Ingolstadt, Germany, as indicated with the letter A in the VIN. Various other factories exist and use the same codes as other Volkswagen Group vehicles.

Position 12 through 17 is the serial number that identifies the specific vehicle, like a fingerprint. Serial numbers are not consecutive and do not indicate earlier or later production.

Safety and Recalls for Audi Cars

Defective airbag inflators have affected recalls for many vehicle manufacturers, and Audi was not immune. The following vehicles are involved:

Owners of certain 2015-2017 Audi A7 autos face recall for head curtain airbags that may not deploy correctly in the event of a crash.

A piece of the fuel pump assembly has been recalled in 2009-2012 Audi Q5, and 2007-2012 Audi Q7 vehicles equipped with gasoline engines because a crack may form allowing fuel to spill.

Popular All Time Models from Audi

View All Audi Cars by Year