What’s the Difference Between DUI vs DWI?

You have probably heard both terms used interchangeably, but depending on the state where they occur, there are specific differences between a DUI (driving while under the influence) and a DWI (driving while intoxicated). Regardless of which you are arrested and charged with, you could be facing severe life-altering consequences, especially if your impairment resulted in an accident and someone was injured or killed.

What is a DUI?

DUI stands for driving under the influence (which could mean alcohol, drugs, or other mind-altering substances, even over-the-counter medicine). The federal law states that anyone driving with a blood-alcohol content (BAC) limit of 0.08% will be arrested for a DUI. However, states have their own laws and may impose even lower legal limits that qualify for a DWI charge, especially for underage drivers.

Typically, when you are stopped under suspicion of driving under the influence, the officer will request that you take a Breathalyzer test. You are not legally compelled to do so, but if you don't, they can still arrest you. Some police officers will give you a field sobriety test to ensure you are not a danger to yourself or others and can drive safely. If you are driving erratically, the arresting officer may suspect you of DUI and will do their best to ascertain the truth before arresting you or letting you go.

What is a DWI?

How Does a DUI Differ from a DWI?

The definition of a DUI vs. DWI differs from state to state. Three U.S. states (Maine, Massachusetts, and Rhode Island) also use another acronym OUI or OWI that stands for operating under the influence. This particular distinction may apply to sitting in a running car and not even driving it.

The entire difference rests with each state and its laws. Some state may refer to DWI as pertaining to alcohol consumption only and a DUI as it relates to drugs. Other states do not make that same distinction.

It’s essential to know how your specific state classifies DUI vs. DWI so that you will know what to expect if you get into trouble.

Some states declare a DUI or DWI a misdemeanor, depending on the amount of alcohol or drugs in your system. In other cases, these charges may be felonies, especially if it resulted in someone’s injury or death.

Federal Laws on DWI vs DUI

There are no federal laws that differentiate between a DWI and a DUI. Therefore, cases where you are arrested, charged, and sentenced will be left up to the state laws.

Which is Worse, a DWI vs DUI?

The question of which is worse depends on the state you were arrested in and how much of the drug or alcohol was in your system (as recorded by a breath test). Courts take unsafe driving very seriously, and the penalties and consequences for driving while intoxicated or impaired are very serious. What are the Consequensces of a DWI vs DUI?

It really doesn’t matter what the state law calls it, if you are arrested and charged with a DUI or DWI, you will face very serious consequences. Some things you can expect are

A first offense will still come with unpleasant aftermath, but it will be a less serious offense than if you have multiple. A DUI/DWI may stay on your permanent record forever, making it harder for you to apply for insurance, jobs, permits, and generally making your life harder. It is a good idea to consult a defense attorney if you are convicted of more than one DWI offense. DUI attorneys generally offer a free consultation to discuss your DUI case and provide the proper legal advice for putting your life back together. If your incident left someone hurt or dead, you may need a criminal defense lawyer instead.

State Regulations for DUI vs DWI

A lot of states have instituted zero-tolerance policies for underaged drinkers/drivers. Therefore, if they are caught driving under the influence of drugs or alcohol, according to DWI laws the court may sentence them harshly. The idea is to prevent this behavior from continuing into adulthood. By making them suffer when they are younger may help them avoid further issues down the road.

For a complete list of the drunk driving laws and the corresponding DUI/DWI consequences in all 50 states, visit Nolo to learn more.

According to the CDC, every 50 minutes, someone is killed in a DUI/DWI car crash. In the United States, every day, 29 people die from driving under the influence of accidents. Alcohol-related car crashes cost Americans $44 billion per year. Statistics going back to 2016 show that 28% of the car crash fatalities were a result of drunk driving, and 16% were due to drug use and impairment (including prescription medication). Again, from 2016, 1 million drivers were arrested for DUI offenses (only 1% of those were self-reported incidents). These statistics are staggering, which is why state and federal laws are so harsh for those convicted of these crimes. 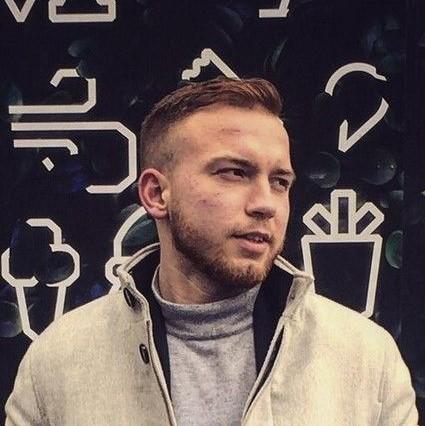 Patrick Peterson is a writer/editor at AutoDetective. Born and raised in the automotive world, he's a passionate writer who crafts content about everything related to cars and bikes.